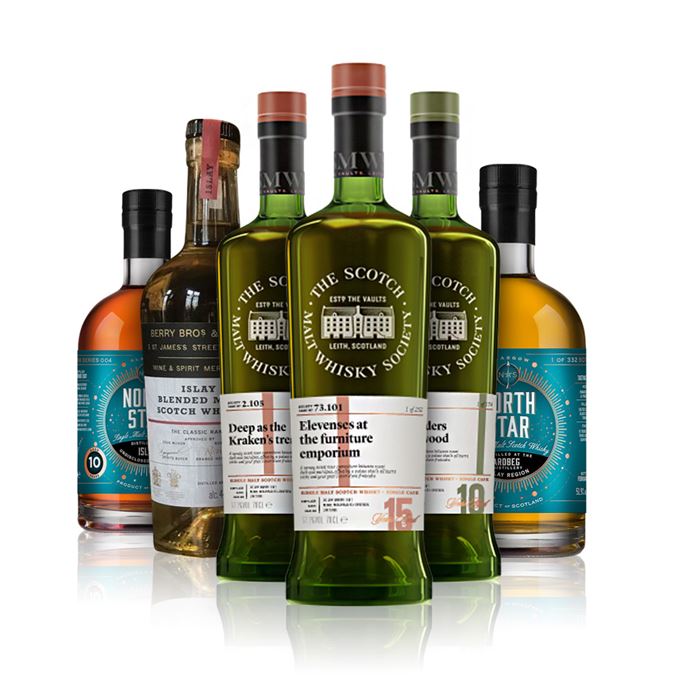 Tasting duties are split this week between Dave Broom and Becky Paskin, with the former taking on a pale trio of peated Islay malts (both single and blended), while the latter tastes a more diverse trio of malts spanning Speyside and Islay.

This is a trend that concerns Broom, even though he praises the balance and feel of the Berry Bros whisky. ‘You do wonder if anyone is using anything other than refill casks these days,’ he laments, adding: ‘I long for the impact of interaction.’

Paskin, meanwhile, has three releases from the Scotch Malt Whisky Society (SMWS), including another peated Islay malt matured in refill casks, this time from Bunnahabhain, which she finds intriguing in its youthful display of vegetal character, smoke and mint.

It’s sandwiched between two Speyside single malts, beginning with a 15-year-old Aultmore that marries spring fragrance with sugary sweetness, but is let down by a lack of cohesion.

Finally, the highest score of the week is reserved for the other SMWS bottling, a 10-year-old Glenlivet that displays luscious fruit, spice and a molasses-like stickiness that showcases the distillery’s ‘rummy alter-ego’.

Click on the links under ‘Right Place, Right Time’ to access a Spotify playlist to accompany this week’s drams.