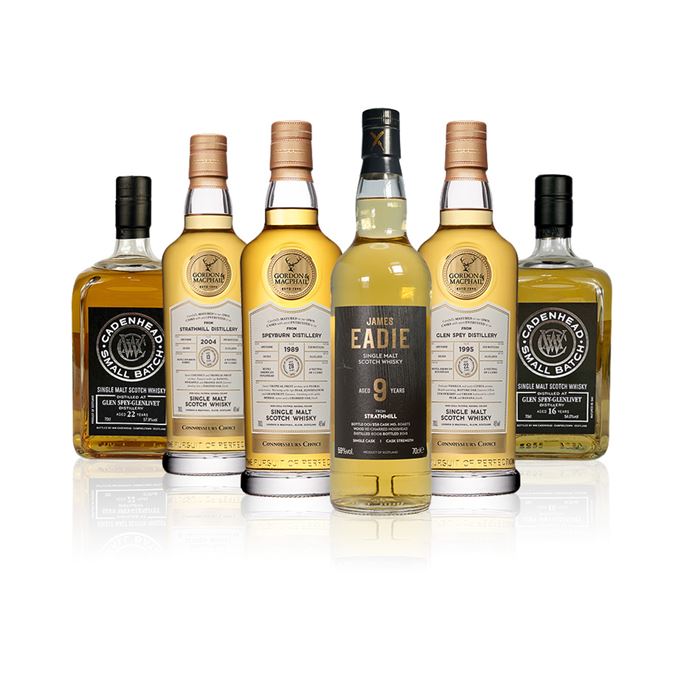 Speyside may be the most densely populated whisky region in Scotland, but this week Dave Broom explores three of its lesser-known distilleries through the eyes of independent bottlers.

Starting off in Rothes with Glen Spey, a Diageo-owned distillery which is a major contributor to the J&B blend, Broom finds a pair of Cadenhead bottlings to be honeyed, nutty and, in one case, ‘well worth a gander’.

Sticking with the same distillery but switching to a bottling by Speyside stalwart Gordon & MacPhail, we move on to a Glen Spey that’s all about gentle fruits and vanilla; an expression that’s at home between the two Cadenheads, Broom suggests.

Heading less than a mile up the A941 out of Rothes to Speyburn, Broom finds an oak-driven 28-year-old to be dry, shy and ultimately a spirit overpowered by wood.

East to Strathmill distillery now, and an ‘inoffensive’ nine-year-old from James Eadie that is sweet, oily, but just too punchy.

A 13-year-old from the same distillery, bottled by Gordon & MacPhail, demonstrates a marked improvement, with Strathmill’s oiliness and sweet fruit reappearing, yet Broom can’t help but feel it’s a whisky that could have rested a wee bit longer.

Batch 160 10/08/2018 A concatenation of Caol Ilas with a couple of neighbours thrown in for good measure.