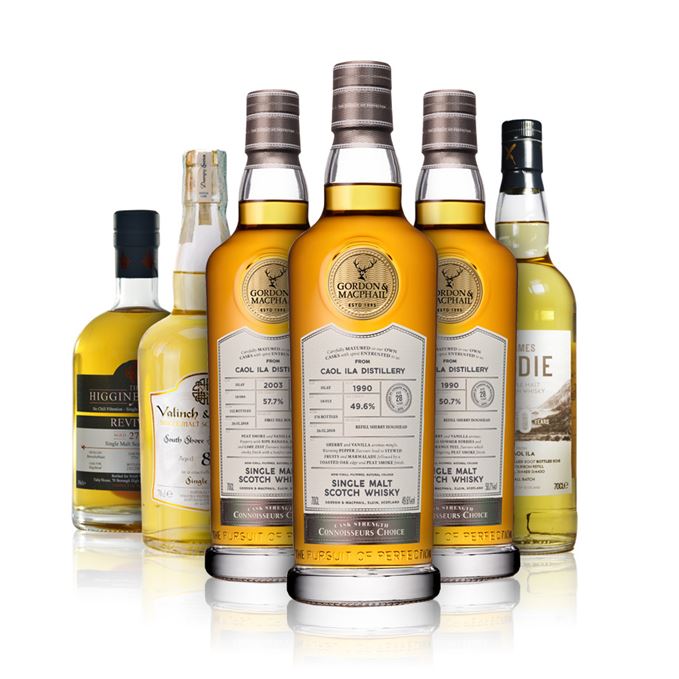 This week’s reviews take Dave Broom through a quad of Caol Ilas, bookended by a calm Bunnahabhain and a mystery malt known only as South Shore.

A 1989 single cask bottling of Bunna’ from HAH has Broom dreaming of Scottish holidays with a particular lady in mind – though she’d have to make way for his sweet tooth.

The first in a progression of Caol Ilas, and the youngest of the set, is a ‘youthful’ 10-year-old bottled by James Eadie, which is ‘built for impact’ but delivers on flavour nonetheless.

Similar high praise ensues for the first 1990 twin, where Caol Ila has reached peak maturity with a ‘richly resinous’ quality, but while still impressive, the second twin is a drier experience, and ‘slightly austere’.

Once Broom is done with Islay’s east coast, he heads to the South Shore, to a fragile, fragrant eight-year-old single malt from an unnamed distillery that’s perhaps bottled just slightly too soon.

This week’s accompanying playlist has a distinctly salty edge. Follow the links in the Right Place, Right Time notes.

Batch 159 03/08/2018 Three lesser-known Speyside distilleries in the shape of Glen Spey, Speyburn and Strathmill.
View All
Scroll To Top