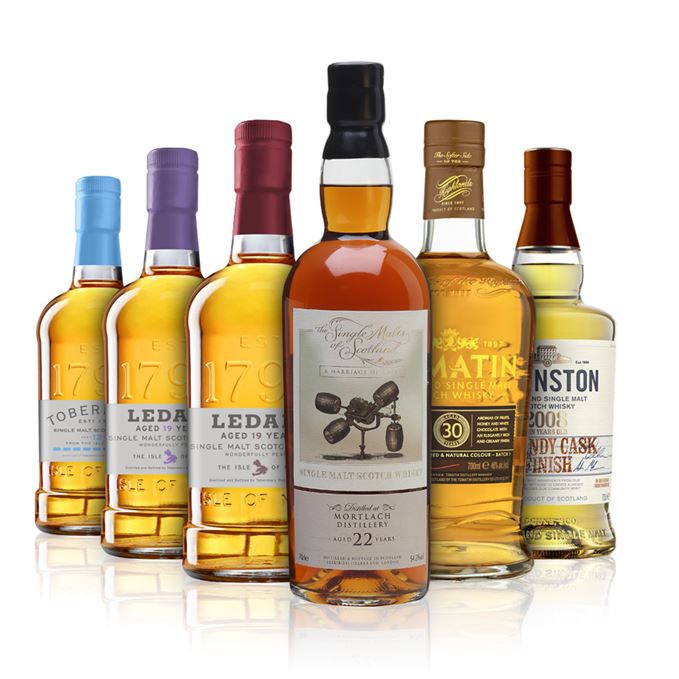 A quartet of limited edition whiskies from Deanston and Tobermory distilleries take up the bulk of Dave Broom’s desk this week, bolstered by a more mature Tomatin and a Mortlach from independent bottler Elixir Distillers.

Broom dives in with a Deanston brandy cask finish distilled in 2008. It’s all sweetness, with toffee, fruits and hot crossed buns, but it’s got heft with waxy and fleshy elements. ‘A triumph’ Broom proclaims, and a veritable steal for the price.

Next up is the first of two back-to-back Ledaigs. The oloroso-finished whisky is a big, meaty mouthful that is soft on the palate and even softer with dilution. Broom finds it marred slightly by its texture, all oil and rubber.

Its twin, the PX finish, does slightly better. Rubber’s still bouncing around, but Broom finds the PX 'smothers the tongue while still allowing the smoke to come out, adding depth’. The end result is pudding over a peat fire – an unusual, very Scottish combination.

Ledaig’s unpeated alter-ego, Tobermory, provides a 12-year-old fino cask finish with a musky, funky element that reminds Broom of old hiking boots. A rogue scent of pickled onion drifts through the nose, which gave Broom pause for thought. What was missing in the mix, however, was the freshness inherent in fino Sherry.

Finishing off with this batch’s elder statesman, a very gentle 30-year-old Tomatin is ‘a fleeting moment of an alternative’ to today’s bombastic whiskies. It’s a delicate dram, with passion fruit and rhubarb crumble shyly coming forward. Water, however, provides enormous intensity, making this a malt of two halves.

Today’s playlist veers from the demure – Scotland’s own Lone Pigeon – to downright filthy basslines courtesy of funk legend Bootsy Collins. Bounce like you’re made of rubber.