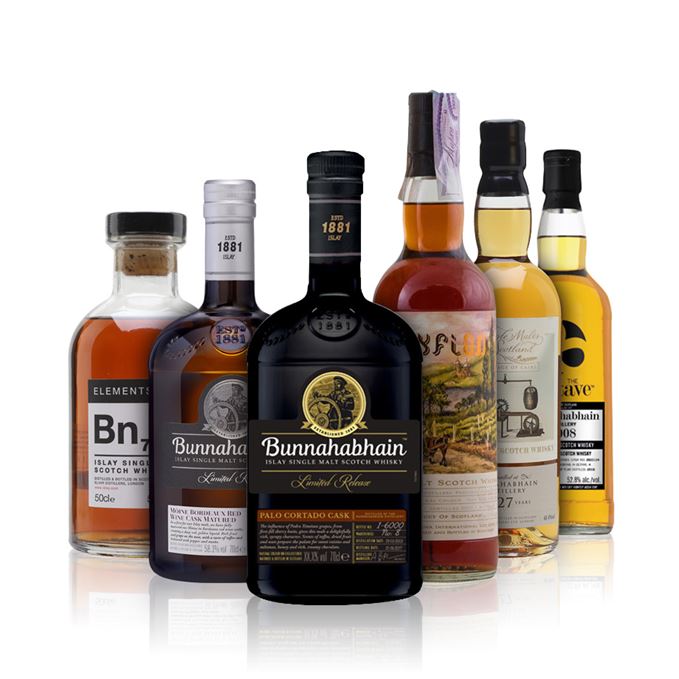 It’s a veritable Bunnahabhain bonanza this week, as Dave Broom samples six different bottlings from the Islay distillery. The soundtrack is suitably swampy, all in tribute to the late, great Tony Joe White.

First up is Bn7, a bottling from Elixir Distillers’ Elements of Islay range, and Broom finds sweetshop flavours with boisterous funk underneath. ‘Highly recommended,’ he concludes.

Next up is a bottling from Bunnahabhain proper, a 1997 expression finished in palo cortado Sherry casks. Mature and savoury, it’s a lightly bitter, nutty malt that winds up another high scorer.

Moving on to a 2008 Bunna’ from Duncan Taylor’s Octave range, Broom finds more nuttiness that moves into ‘oven-warm chocolate muffins’. It’s got ‘an immediacy of style’ characteristic of the Octave range, but doesn’t quite hit the heights of some of the others this week.

Another Elixir Distillers offering, a 27-year-old from the Single Malts of Scotland range, smacks of lemon and ginger before Broom finds a whisky ‘stripped back to its core’. The end result? Broom rates this Bunna’ the best of the bunch.

The Bunnahabhain Mòine 2008 Bordeaux Cask is ‘a lovely mix of nut and spice’. Bunna’s peated malt gives off a mossy smoke on the nose and a prickly finish – the whole effect reminds Broom of mysterious voodoo magic.

Today’s playlist is all from Tony Joe White, the long-standing ‘swampy’ southern rocker who passed away this week. Crack open a Bunna’ and be transported courtesy of White’s Funky Fingers on the guitar.

Batch 174 09/11/2018 A sextet of Bruichladdichs come calling this week, including a trio of new Octomores.

Batch 172 26/10/2018 A quartet of whiskies from Deanston and Tobermory are bolstered by an elder Tomatin and Mortlach.
View All
Scroll To Top