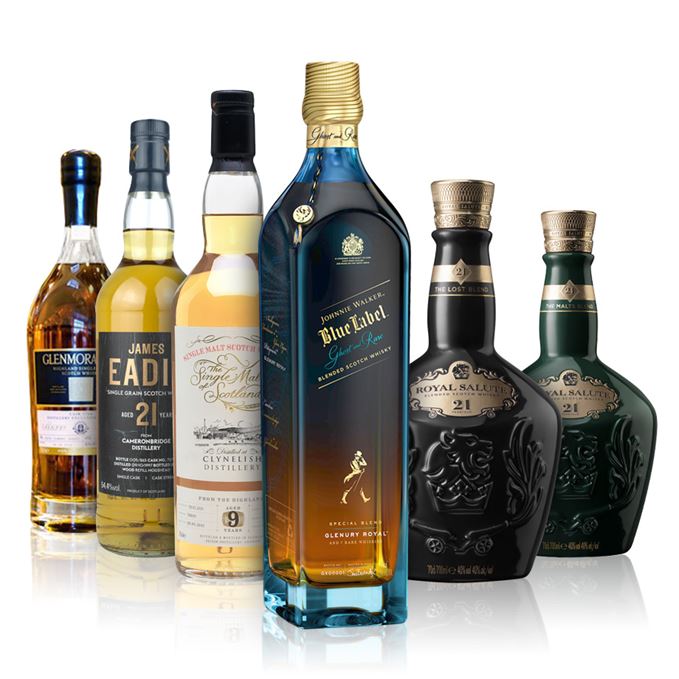 Things are off to a ‘zippy’ start with a sweet, crisp 21-year-old Cameronbridge grain whisky, bottled by James Eadie. It’s a light grain – perhaps the lightest of the batch – though the slight metallic nose disguises the whisky’s crisp ginger and lime elements.

The next dram, a nine-year-old Clynelish bottled as part of the Single Malts of Scotland range by Elixir Distillers, is a fruit salad that clings to the tongue, perfect for a summery day, says Broom.

Glenmorangie’s 1784 Cask is a ‘highly limited’ expression that was finished in a Pedro Ximénez Sherry butt for six years. With thick and syrupy berry fruits at the fore, a drop of water brings out balancing woody elements.

With a whisper of smoke lingering throughout the dram, Woodard finds The Lost Blend, which also contains whiskies from lost distilleries, is an excellent example of how to combine peated whisky in a blend. Royal Salute’s signature opulence is on display in The Malts Blend, which manages to alternate between ‘sophisticated’ and ‘explosive’.