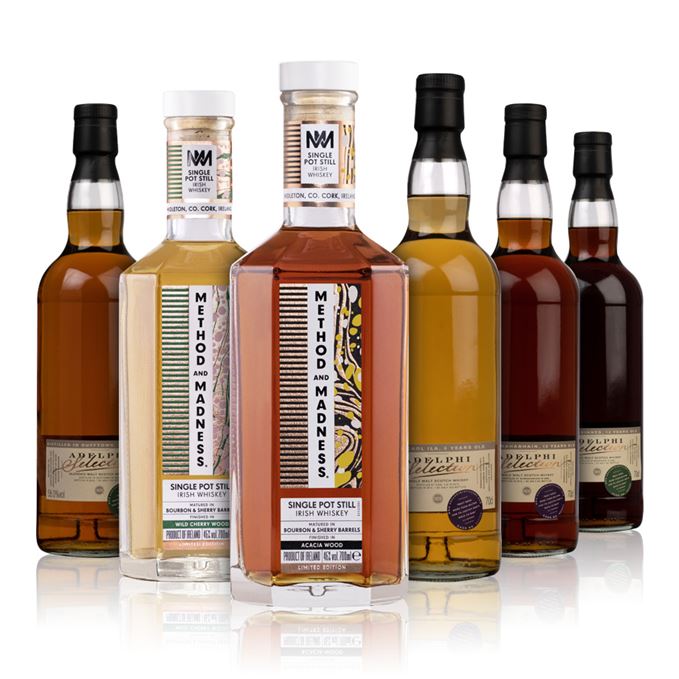 Becky Paskin starts us off in Speyside with the first of the four Adelphis and a meaty, Sherried, 13-year-old Benrinnes that offers a lesson in balancing distillery character with maturation, with its sticky yet fruity character.

Skipping across to Islay, we meet a 10-year-old Bunnahabhain that, once it opens up, becomes fresh and fruity with oodles of strawberries and cream. It’s a game of hide and seek, Paskin says.

Flitting just down the coast to Caol Ila, Paskin sets her sights on a bizarre nine-year-old offering a combination of lemon meringue pie and smoked cheese. ‘It’s odd, potentially divisive, but super interesting,’ she finds.

The last of the Adelphis is a blended malt comprising whisky from unnamed Dufftown distilleries. Despite a vibrantly fruity nose, the whisky sadly falls apart under scrutiny.

The second has been finished in cherry wood, and despite being ‘disarmingly pale’, its charm is in its subtlety. ‘Both are well worth tasting,’ he says.

The accompanying playlist this week veers from Green Day, Imogen Heap and Madness to Bob Dylan and the latest masterpiece from Nick Cave. As eclectic a mix as our whiskies.