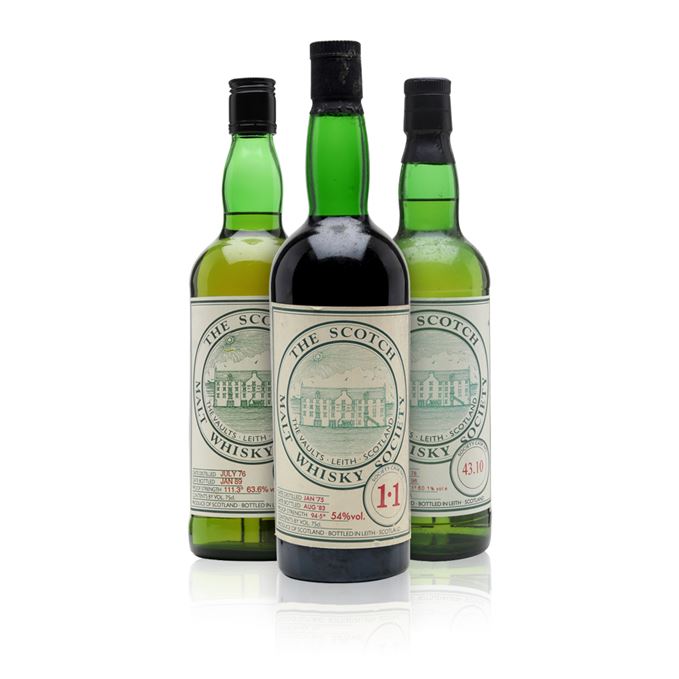 It’s easy sometimes to overlook the importance of the early SMWS bottlings in laying the groundwork for the more widespread appreciation of single cask, cask strength single malts that blossomed quietly throughout the 1980s and 1990s. Along with other new-wave Scottish bottlers such as James MacArthur, and latterly Signatory, the SMWS slowly evolved ideas of what kinds of whisky could be bottled, and how they were bottled.

Diving in at the deep end, MacRaild finds much to admire in what is not only the first SMWS bottling of Brora, but the first commercial bottling of it as a single malt. Distilled in 1976 and bottled in 1989, the 61.1 Brora proves a satisfyingly big, classically peat-forward example of this mythical make.

The Brora bottling undeniably enjoys something of a cult status among enthusiasts. However, thanks to the perhaps unintended quirks of the Society’s coding system, Glenfarclas 1975 1.1 carries an understandably hallowed iconography about it – one with a more direct and broader appeal than the 61.1 bottling. However, as MacRaild notes, it is a vastly different animal to the potent Highlander.

Last, but by no means least, a scarce example of one of the Society’s Port Ellens, 43.10, is a 1978 distillation bottled in 1996, one which MacRaild finds exemplifies the distillery’s better, and more enigmatic, qualities.