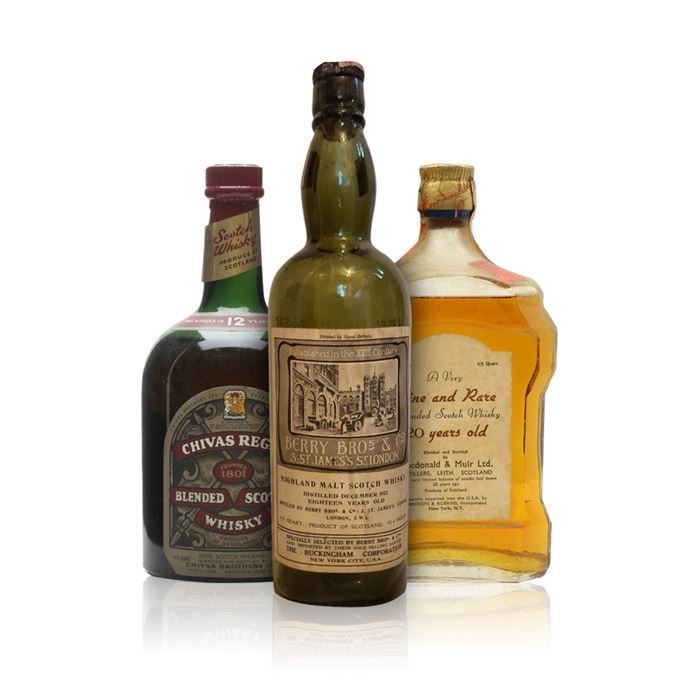 This week’s review promises full-bodied flavours with a trio of one malt and two blended Scotch whiskies all bottled for the American market.

The rarest of the three, Highland Malt Scotch Whisky, was distilled in December 1922 and bottled at 18 years of age by Berry Brothers & Co, just prior to the company changing its name to Berry Brothers & Rudd, which happened in approximately 1940. This bottling was imported into the US by the Buckingham Corporation in New York. MacRaild finds it to be a punchy, peaty example reminiscent of a lost style of Scotch malt whisky.

Next is a Chivas Regal 12-year-old blend that was also bottled for America, this time hailing from the 1950s. Much like the Berry’s Highland Malt, MacRaild feels this bottling represents an exemplary style of old-school, peaty blended Scotch whisky.

To round off this session is another rare blend, a 20-year-old by Macdonald & Muir. This whisky was bottled in the 1940s and imported to the US by McKesson & Robb of New York. There’s a perplexing lack of evidence of grain whisky in this blend, but MacRaild asserts this makes it a terrific whisky in its own right.

Rare Batch 52 21/11/2018 A trio of early releases from the SMWS, including Glendullan, Glen Esk and Inchmurrin.
View All
Scroll To Top