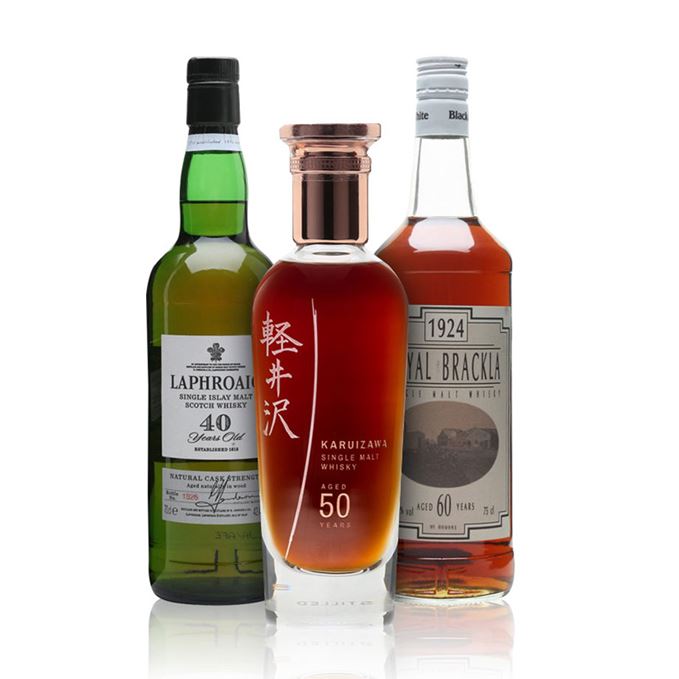 In the last rare whisky tasting of 2018, Angus MacRaild has gathered a trio of rather special drams to mark the closing of the year.

The first is Karuizawa 50 Year Old, of which only two bottles were produced by Elixir Distillers. One was sold in a special charity auction last month to benefit the Plastic Oceans charity, fetching a hammer price of £100,100. The other was retained in the Elixir Distillers archive, never to be sold. MacRaild finds it no less than an astonishing whisky.

Hard on its heels is a Laphroaig 40 Year Old, distilled in 1960 and released in 2001, it was, and remains, the oldest Laphroaig ever bottled. Despite garnering something of a reputation over the years, MacRaild feels it is slightly underrated as a whisky in its own right. Even with the high price tag it now commands at auction, this is still a beautiful, old, fruit-driven Laphroaig, he surmises.

To round things off is a 60-year-old Royal Brackla, distilled in 1964. One of a small number of very early super-aged official bottlings released in the 1980s, this has since become something of a cult whisky. Thankfully, MacRaild discovers that it measures up to its reputation — and with a ‘nose to die for’.

Rare Batch 55 02/01/2019 Kicking off the New Year with a diverse trio of illustrious Cadenhead Dumpies.