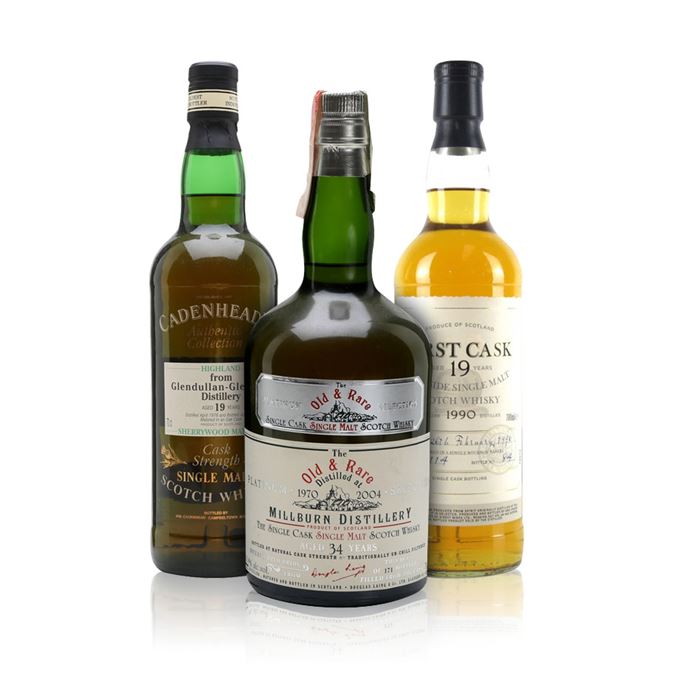 A suitable subtitle for this week’s rare whisky tasting might well be obscurity. Angus MacRaild has selected a trio of drams from distilleries you don’t hear too much about in enthusiast circles, either now or in past decades.

First up is an Ardmore distilled in 1990 and bottled after 19 years for Direct Wines’ First Cask series by Signatory. Always a fan of Ardmore, MacRaild finds this to be a pretty textbook example of the make and, at 46%, it works a treat as a lightly peated Highland alternative.

From one end of the strength scale to the other, the second dram is a 1978 Glendullan bottled by Cadenhead, also at 19 years old, but at a whopping 64.6% abv. However, as MacRaild notes, it’s actually surprisingly approachable and, with a little water, makes for an elegantly understated and gently Sherried tipple.

Rounding things off is a scarce example from MacRaild’s favourite of the lost Inverness distilleries: Millburn. This bottling was part of the Old & Rare series from Douglas Laing, distilled in 1970 and bottled at 34 years old in 2004. MacRaild finds it an almost Clynelishian example of the old-style, ‘waxy’ Highlander.