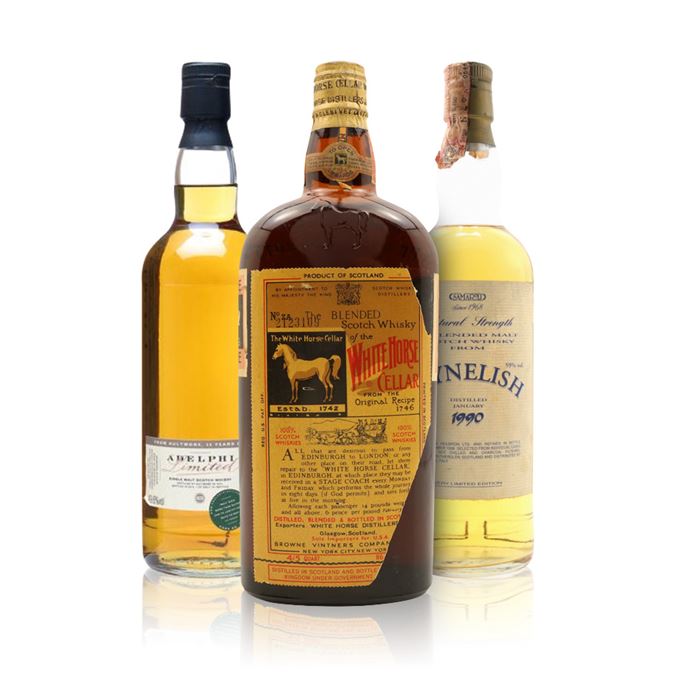 A 1940s White Horse is the star attraction of Angus MacRaild’s latest batch of rare whisky reviews, flagged either side by a youthful 1990s Clynelish and 1974 vintage Aultmore.

The 35-year-old Aultmore, bottled by Adelphi, was a release limited to just 101 bottles making it difficult to come by. It’s a shame, says MacRaild, who finds it to be an ‘excellent’, full-bodied and robust example of well-aged Aultmore that has retained ‘remarkable’ freshness and poise.

Speaking of freshness, the next whisky takes the concept to the extreme. A youthful eight-year-old Clynelish, distilled in 1990 and bottled by Italian company Samaroli, is a vatting of two single casks, #1015 and #1016. MacRaild finds it extremely pure and almost ‘ideologically’ distillate-driven. Verging on austere at times, this is the kind of dram you would usually only pour one of in a single evening. That’s no bad thing, considering a newly-opened bottle would benefit from more than a year of breathing.

Wrapping up the session is a very old White Horse blended whisky bottled for the United States in the late 1940s. Unlike many whiskies sealed with a spring cap, MacRaild finds that this one has survived very well without too much taint, oxidisation or ‘old bottle effect’. Instead, it displays a complex peat profile, which illuminates the broad character of peated Scottish malts from that era.