Whiskies of the Year: Richard's picks 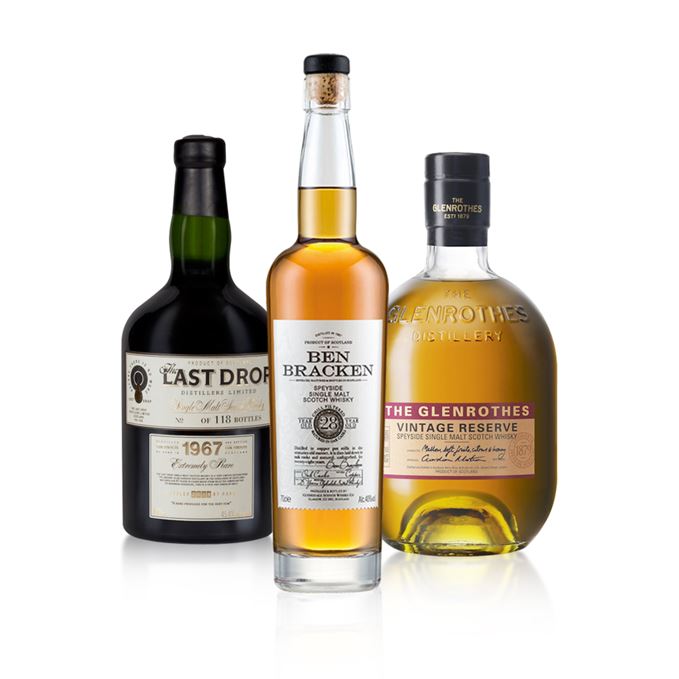 How to pick three whiskies out of so many? It's a bit like being asked for your film or music album of the year – dependent on mood and occasion, and liable to change by the moment. Ask me this question in a week's time and you'll probably get three different answers.

In the end, these were three whiskies that smacked me in the face (in a good way) for one reason or another. Two of them offer remarkable pleasure for not a lot of money, especially in today's overcooked whisky market. As for the other... Well, it's just bloody brilliant, even if most of us can't even afford to look at the bottle.

Taking them in no particular order, let's start with Lidl's Ben Bracken 28 Years Old Speyside Single Malt. To say that this is amazing liquid for less than £50 is stating the bleedin' obvious – and I know there are people out there who have reservations about the budget retailer using its buying muscle to secure such stonking whisky at a ridiculous price. But we're to taste, rather than to judge business practices, and this tastes pretty darn good.

Anyway, you could argue that Glenrothes Vintage Reserve is even better value at under £40, for all its NAS mystery. I'm told by people who should know better that this is a mix of 10 vintages from three different decades, the youngest from 2007 and the oldest from 1989 (although I may have broken the law in telling you that). Whatever – this is a superlative example of expert blending, even if it isn't a blend.

And then there's Glen Garioch 1967 from Last Drop Distillers. You can buy the first two of my picks and get a tenner back from £100, whereas this one will set you back about £4,600. But I don't care. There's not much in booze that's decent from 1967 (most wine is wretched) and it's my birth year, so I can't resist celebrating this remarkable whisky, one of the finest I can remember from any year. For particularly generous benefactors out there, it's my birthday at the end of next week. You know what to do.

Whiskies of the year: Becky's picks 30/12/2015 Our editor, Becky Paskin, selects her top three Scotch whiskies tasted in 2015.
View All
Scroll To Top