Whiskies of the year: Becky's picks 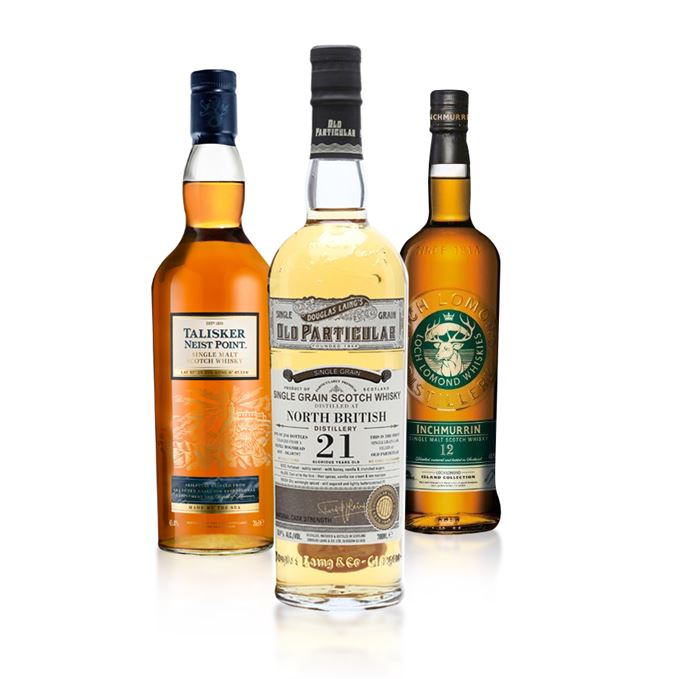 As a whisky writer I’m always asked what my favourite drams are, and the answer is always met with a shrug of the shoulders.

What may be my chosen whisky today will likely change by tomorrow depending on my mood, where I am and who I’m with. Our preferences change according to our surroundings, so my top three whiskies of 2015 are somewhat guided by the setting I found myself in when first sampling them.

However, the following whiskies – having been re-tasted – continue to stand out for me, not simply on flavour and quality alone, but also for what they represent.

Loch Lomond’s Inchmurrin 12 Year Old for instance is what I’m terming a ‘Chosen One’ for two reasons – it has a remarkably rounded and full-frontal flavour and complexity for its age, and stands as a reminder that the smaller, independent distilleries are also producing world-class whiskies worthy of column inches.

Douglas Laing’s Old Particular bottling of a North British 21 Year Old – its first move into promoting grain whisky alongside single malt – stood out for me after a secret grain tasting Scotchwhisky.com held for visitors to The Whisky Exchange Whisky Show in London in October. Bursting with flavour and depth, it demonstrates the quality that is to be found in grain whisky if given the chance.

Finally, Talisker Neist Point is here on the basis this dram shows a softer, more accessible side to the Skye distillery’s products. For me, it’s the most fulfilling NAS expression to come from Talisker.

Whiskies of the year: Dave's picks 31/12/2015 Dave Broom looks back on 2015 with whisky-tinted glasses and selects his three stand-out drams.

Whiskies of the Year: Richard's picks 29/12/2015 Our magazine editor chooses his whisky highlights from 2015, including two bargain Speyside malts.
View All
Scroll To Top