Avonglen registered for just a few years in Larkhall, Lanarkshire.

Avonglen distillery was in the Millheugh area of Larkhall; close to the river Avon, which skirts the town’s west side. Its buildings must have been substantial, as the site was later used as bleach-works. 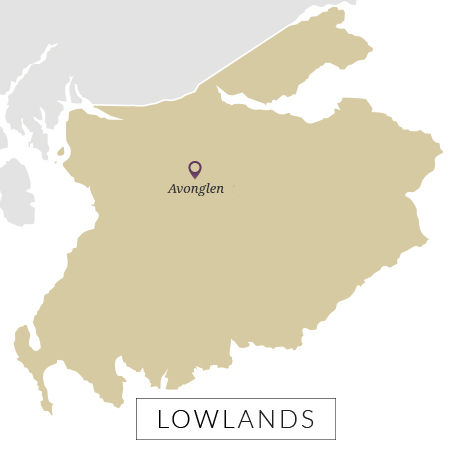 The distillery was opened in 1827 by Messrs Goold and Burns, though it closed the following year. It resurfaced shortly after under the guidance of John Burns & Co., but closed again within months. Its owner was clearly struggling, as it was sequestrated in 1830.

The site saw greater success in later years as a bleach-works, a role it fulfilled until as late as 1980.