Ballintomb was a Morayshire distillery that lasted 42 years, a remarkable feat in the 19th century.

Balintomb distillery (also known as Belantomb, Belintomb and Balentomb) sat at or near a farm, today called Mains of Ballintomb, just north of Carron and about two miles north-west of Knockando. A burn or stream ran past the farm down to the river Spey. 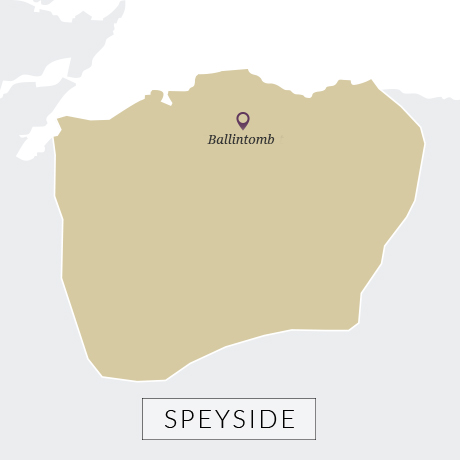 While there are many functioning distilleries in the area today – the Spey valley boasts more than half of all Scottish distilleries – Ballintomb lasted just 42 years.

It was opened in 1825 by Gordon and Rose, and remained operational until 1837 when it was mothballed.

During that time it changed hands several times, but was eventually – briefly – reopened by Donald Gordon in 1852.

Ballintomb reopened for less than a year in 1860 under Ann Gordon, and then again in 1867 under John Stewart Smith, but for just a few months. With a track record of failed restarts, Ballintomb was finally abandoned.