Rarely seen as a single malt bottling (the occasional Flora & Fauna from owner Diageo, infrequent independent offerings) Dailuaine is one of the many hard-working distilleries which quietly provide fillings for blends. That doesn’t mean it is in any way boring.

The set-up – six large stills, condensers – suggests that a light style should be produced, but instead it produces a heavy ‘meaty’ make thanks to long fermentation, rapid distillation and the use of stainless steel in the condensers to cut down on copper interaction. That Flora & Fauna bottling (from ex-Sherry casks) shows this mix of richness and sweetness at its best. 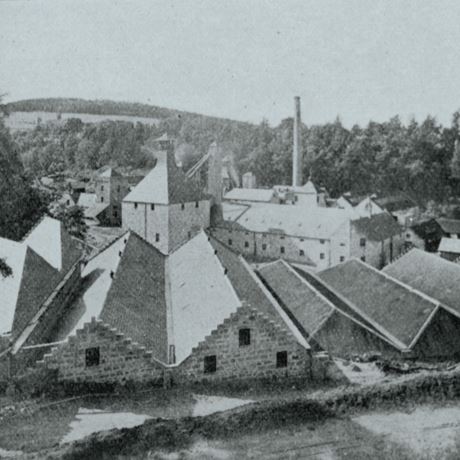 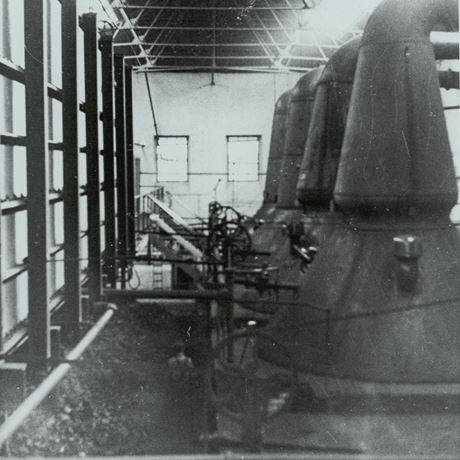 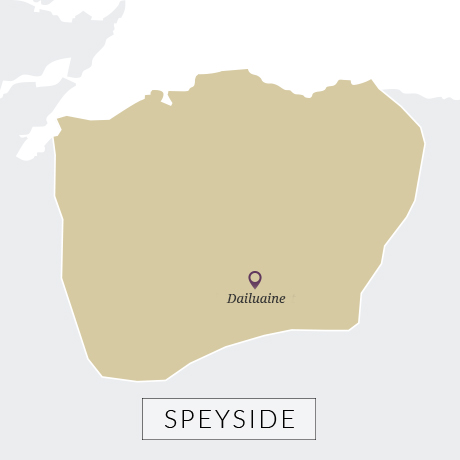 At the end of the 19th century, Dailuaine was the largest single malt distillery in Speyside and also one of the most innovative in terms of design. It was built in 1851 by William Mackenzie and by the 1860s was being serviced by the Strathspey railway.

A complete rebuild in 1884 saw the installation of Scotland’s first pagoda on a kiln whose pitch was deliberately steep to minimise the contact time between peat smoke and drying malt, one of the clearest indications of how the old ‘Strathspey’ style was changing. In 1898, it merged with Talisker to form Dailuaine-Talisker Distilleries Ltd. The distillery perished in a fire in 1917, by which time it had become part of DCL. Saladin maltings ran from 1959 to 1970.

Dailuaine is also home to a dark grains plant and processes all of the spent grains from Diageo’s southern and central sites. If you see clouds of smoke rising from a riverside glen as you drive by the slopes of Ben Rinnes, that’s Dailuaine at work.