Balloch distillery stood in or near its namesake castle by the southern tip of Loch Lomond.

Available OS grid references put the distillery at, or close to, Balloch Castle, which was built in 1808-09 on the site of a ruined castle that was for centuries the seat of the Lennox family.

It is possible the castle owner, John Buchanan of Ardoch, wanted an in-house distillery and brewery; as this was not an uncommon practice in the 19th century.

However, if the distillery was in fact located elsewhere, it would most likely have been near the River Leven or its tributary, the Ballaghan Burn, which flowed through the village of Balloch. 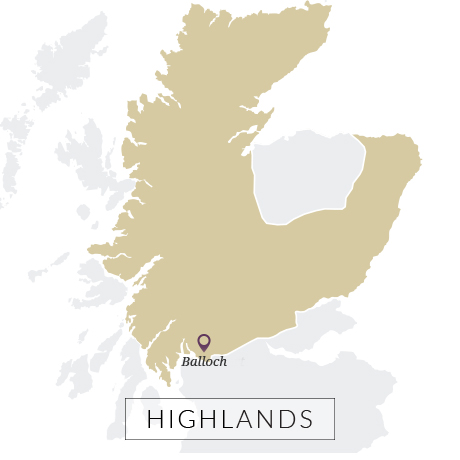 Balloch distillery was in operation from 1816-29, originally licensed to Hugh McIndoe.

It fell silent for eight years from 1817, and was licensed to Daniel McGregor & Co. upon its reopening in 1825. It lasted for just one year, before being mothballed again.

In 1827 William Moody made a go of Balloch distillery but by 1829 it was shut for good.

The 200-acre Balloch Castle estate was acquired by Glasgow City in 1915, then leased to Dunbartonshire Council in 1975. It was opened as a country park in 1980 and is now part of Loch Lomond and the Trossachs National Park.

Although the castle was well maintained for many years, it has recently slipped onto the Buildings at Risk list.