Malt distillery in the town of Dumbarton that briefly operated during the 19th century.

Dumbarton Bridge was a malt distillery in its namesake town that operated for short bursts of time during the early 19th century.

There are countless former distilleries in Dunbartonshire and for many years Dumbarton had what was seen as Scotland's biggest distillery – a vast brown brick edifice on the north bank of the Leven where it meets the Clyde, built by the Canadian firm Seagram in 1938.

Dumbarton Bridge distillery on the other hand sat on the east bank of the River Leven between the current rail bridge, just west of the railway station, and the main road bridges. Today Dumbarton Health Centre occupies the location. 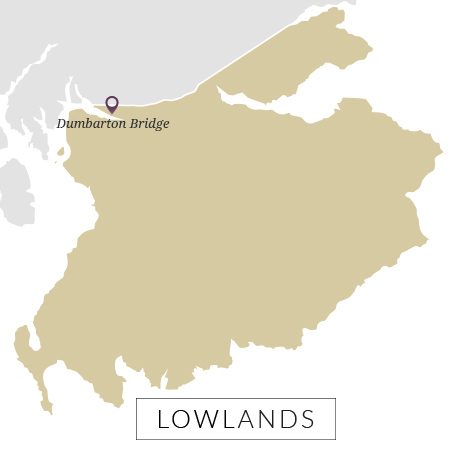 Dumbarton Bridge distillery was first licensed to John Hamilton in 1816 during a period of instability for the small and medium-sized Lowland distillers, who were struggling against the popularity of whisky produced by their Highlands counterparts.

Distillery failures at this time were frequent and Dumbarton Bridge closed the following year. It remained mothballed until it was reopened by John Lang in 1827 as Dumbarton distillery.

Lang continued Dumbarton’s operation for 10 years until 1837 when it was again shut down. Dumbarton was operational again by 1851, but no other record exists of its final closure.