An early Caithness distillery near Halkirk that at one point encompassed two sites.

The distillery stood at or near Brawlbin farm, about four miles west of Halkirk. Water for the site was supplied by the Brawlbin Burn on its way north to Loch Calder. 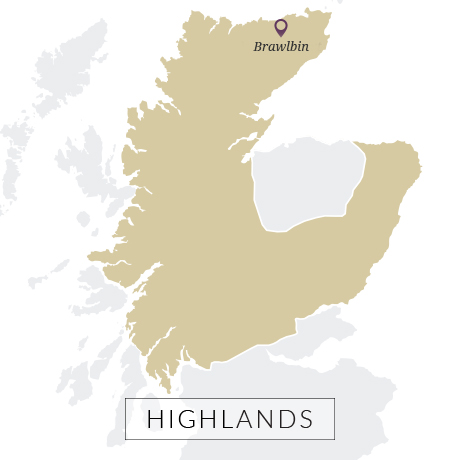 The first listed distiller at Brawlbin was Donald Sutherland in 1798. In 1817 a second site, Brawlbin North, is recorded as licensed to Sinclair Sutherland, probably a brother or cousin.

Both distilleries fell silent in 1821, though Brawlbin North enjoyed a brief revival in 1825 under James Sutherland. Brawlbin farm is still on OS maps today and is owned by the Gunn family.