A lost Renfrewshire distillery that operated near Lochwinnoch in the late 1700s.

Some distilleries were built on big estates to provide whisky for the laird, his family, retinue and guests. However, it seems Garthland distillery, near Lochwinnoch in Renfrewshire, missed its chance of long-term survival as it closed three years before a magnificent mansion, initially called Garpel House, then Barr House, then Garthland, was built nearby.

Nothing is known of Garthland distillery, other than it probably sourced its water from the Garpel Burn, which flowed into the River Calder. 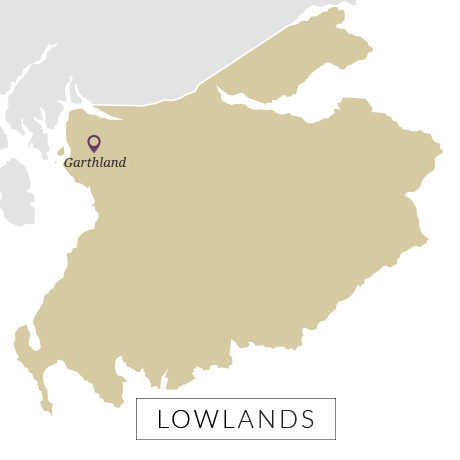 When Duncan MacGregor began distilling at Garthland is not known, only that he was sequestrated in 1793, three years before rich landowner James Adam had a vast Tudor-style country house built by David King in 1796.

While details about the distillery itself are scant, much more is known about the great house of Garthland. It passed through various hands over the decades, then in the 1930s was sold to Mill Hill Foreign Missionary Society and renamed St Joseph's College, where young missionaries were trained. A 30-bedroom dormitory extension was added in 1936 and a chapel built in 1943 alongside the house, used by both the trainee missionaries and local people until Our Lady of Fatima Church was built in Lochwinnoch.

In 1985 the missionary school moved elsewhere and Garthland became a residential home for the elderly, which closed a few years ago. Since then the house has decayed badly and is now in a rundown and derelict condition. However, it is believed it may be bought by a developer and converted into flats.