This 19th century distillery near Aberfeldy stood silent for much of its 42-year history.

The site of Pitillie distillery is at or beside Pitilie Farm on the Pittiely Burn which feeds the River Tay to the north.

Pitilie Farm still appears on maps today and sits a mile or so uphill from Aberfeldy, just east of the A826 road from Aberfeldy to Amulree. 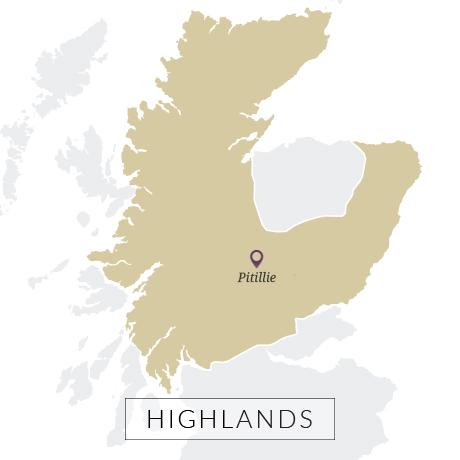 Pitillie distillery was licensed to Alexander McLean & Co. in 1825 and distilling continued until 1834, when operations ceased.

It was noted as operating in 1851, and under license to Alexander McLean the following year.

Another silent period followed, until Alexander McLean & Co. reopened the site in 1860 for a final burst of activity that culminated in 1867.