One of the few legal distilleries on the Isle of Lewis, which was also known as Ness.

Stornoway was one of the few legal distilleries ever to exist on the Isle of Lewis.

This distillery dearth may be attributable to a lack of local barley but also to the firm grip the church had on island life for much of its history. Strong drink, and indeed drinking generally, was frowned upon by the clergy.

The distillery sat east of Stornoway’s Bayhead River just where the Allt Nam Brog burn flowed into it. 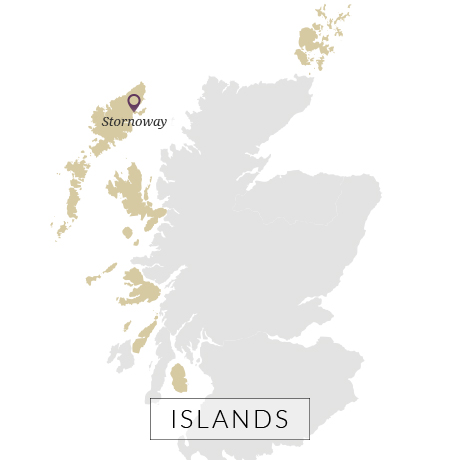 The distillery was built between 1825-28 by JA Stewart Mackenzie of Seaforth, and was licensed to the Stornoway Distillery Co. from 1832-37.

After construction began on Lewis Castle in 1844 the distillery was demolished, and the castle’s stables built on the site. Today the castle is a college and the stables, or later buildings, a woodlands centre.