Company set up to operate one of Scotland’s tiniest distilleries, Strathearn in Methven, Perthshire.

Strathearn Distillery Ltd was founded by Tony Reeman-Clark to establish a small whisky distillery in the village of Methven, near Crieff.

While the distillery will produce all manner of spirits – including Scotland’s first cider brandy – it specialises in Scotch whisky, the first run of which was released by the company at the end of 2016.

In October 2019, independent bottler Douglas Laing & Co made Strathearn its first owned distillery, acquiring it outright for an undisclosed sum. 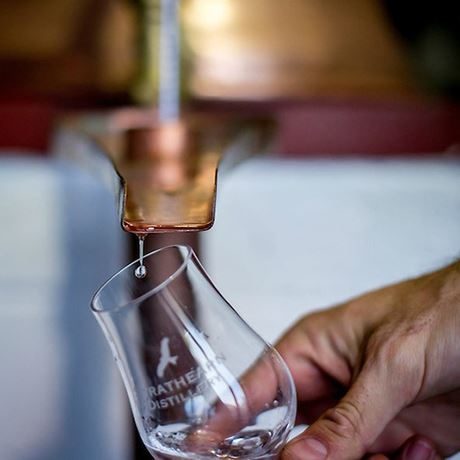 Many whisky fans dream of setting up their own distillery, but in 2013 former engineer and IT manager Tony Reeman-Clark had the cojones –and the cash – to make his a reality.

Inspired by a conversation with friends during an Edinburgh whisky festival, he put together plans to build Strathearn distillery, which has become known as ‘probably Scotland’s smallest distillery’.

Strathearn Distillery Ltd was established in 2013 to manage the project out of a small farm steading in Methven, Perthshire.

In October 2019, Strathearn was sold outright to independent bottler Douglas Laing & Co for an undisclosed sum.