Whisky enthusiasts will unite tomorrow (20 May) for a global celebration of whisky: World Whisky Day 2017. There are hundreds of events taking place all around the world, from the UK to Canada, from Tokyo to Tahiti. Melita Kiely selects some of the best. 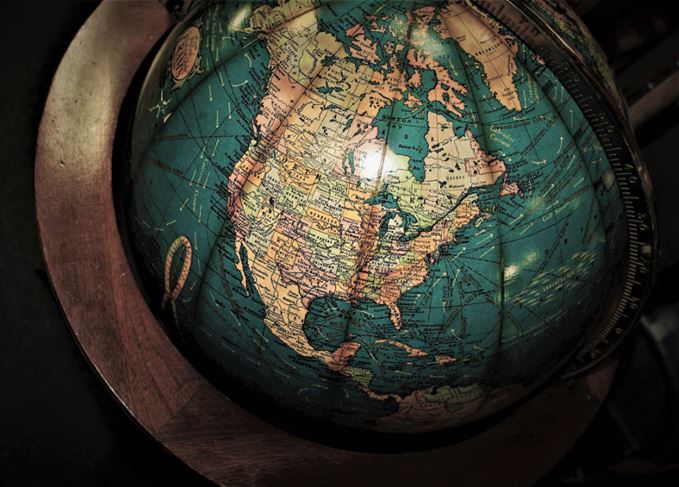 Whether you prefer Scotch, Japanese, Canadian, American, or whisky from any other region, there are more than 300 official events being held globally to help you celebrate World Whisky Day 2017.

Festivities kicked off in Scotland earlier this week, when World Whisky Day founder Blair Bowman visited a record-breaking 60 Scotch whisky distilleries in one day, collecting 55 whiskies along the way.

The complete haul of 56 bottles will be raffled (tickets cost £1) and the entire proceeds donated to the Just a Drop charity, which works to provide clean, accessible, safe water and sanitation programmes to those in greatest need.

So to help you get into the World Whisky Day festivities, we’ve compiled a selection of whisky events from around the world that are not to be missed.

The Pitt with the World Whisky Day Team (Scotland)

The team behind World Whisky Day will be camped at the global headquarters for the day: The Pitt in Edinburgh. There will be eight stands serving an array of street food to satiate your appetites, Barney’s Beer Bar and whiskies from the Pop-Up Cocktail Kitchen. The Dewar’s Scotch Egg Club bar will also be selling some top whiskies and, of course, some of the finest Scotch eggs around. Plus, don’t miss out on the chance to play chicken bingo. Live music will be provided by The Coaltown Daisies, with comedy entertainment from JoJo Sutherland, plus face-painting from 2-4pm.  And if that wasn’t enough, there’ll also be whisky hoopla, World Whisky Day temporary tattoos, demonstrations of this year’s World Whisky Day cocktail and a chance to meet World Whisky Day founder Blair Bowman and win his new book.

Taking place in the historical buildings of the Forty Kleparz in Cracow, Poland’s whisky lovers will gather for a day of dramming and celebration. With a Prohibition theme, the event promises whiskies from around the globe, wine, beer, music, masterclasses and like-minded company. Those who care to carry on celebrations well into the night can do so at the after party at Club Forty Kleparz.

Sydney dwellers, if you like Japanese whisky head to Tokyo Bird in Surry Hills, which boasts one of the largest Japanese whisky collections in Australia. Entry costs A$30, which will guarantee you a two-hour session covering the ‘Peated Malts of Distinction’ flight – though other flight options are available at an additional cost.

The Beer, Bourbon and BBQ Festival (US)

This World Whisky Day festivity promises everything you need: Bourbon, beer, live music, cigars, barbecues and more. Guests will receive a souvenir tasting glass on arrival, and have the chance to sample 40 Bourbons and 60 beers on tap. The barbecue is said to be ‘pork worship at its finest’ and the festival promises to keep the ‘portions heavy and the prices low’.

The Art of Blending (Scotland)

Head to the Scotch Whisky Experience for an historical exploration of the art of blending. Enjoy any Scotch Whisky Experience tour and see an exclusive exhibition dedicated to the first blended whiskies, Usher’s Green Stripe and Usher’s OVG. Then head to the venue’s Amber Whisky Bar for a specially designed flight of blended whsikies from history, complete with tasting notes and stories of the original blenders who made them.

Gemenc Distillery is Hungary’s only dedicated whisky distillery, and plans to open its doors this World Whisky Day to celebrate. Head down for tours of the site, indulge in the food that’s on offer and soak up the live music entertainment.

The Delhi restaurant is toasting the art of blending this World Whisky Day, and is ready to prove just how fun and accessible whisky can be. To mark the occasion, the venue has put together a flight of four blended whiskies from all around the world, complete with tasting notes, for you to enjoy as you wish – neat, with water, over ice, or mixed.

Battle of the Independents, Linkwood (Singapore)

Bring old friends and make new ones is the mantra for this World Whisky Day event, which promises a night filled with music, food and more than 50 world whiskies, including brands such as Ardbeg, Macallan, Kavalan, Amrut and Bowmore.

If you love cheese and whisky, and happen to find yourself in Paris this World Whisky Day, then stop by The Brklyn bar to sample its whisky and cheese pairing flights. A selection of Highland, Lowland, Island and Speyside Scotch whiskies have been carefully matched with French cheeses. Guests can opt for three whiskies with five cheeses, or four whiskies with six cheeses.