Why is Scotch whisky bottled at 40% abv?

By law, Scotch whisky must be bottled at a minimum alcoholic strength of 40% abv – and yet other spirits, such as vodka and gin, can be as low as 37.5%. How come? As the Whisky Professor explains, the reasons have as much to do with wartime politics as anything else. 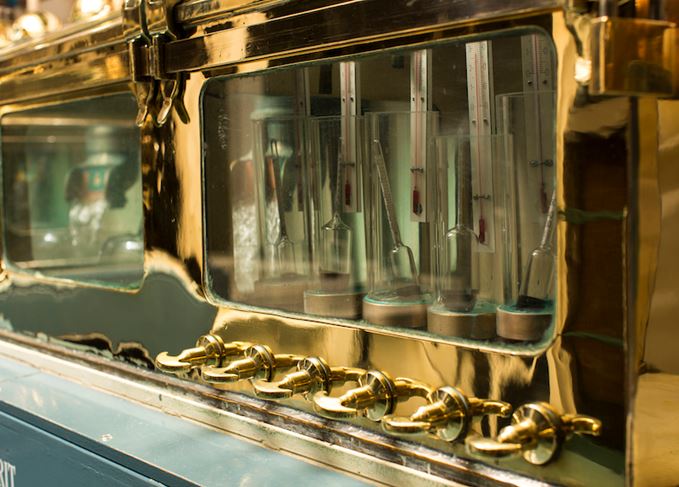 Test of strength: Whatever its abv at distillation, Scotch whisky must be bottled no lower than 40% (Photo: Glen Grant distillery)

Like much of the rest of humanity, with the dawn of another year I have been pondering ways in which to reduce my alcohol intake. Not for me the appalling ‘cold turkey’ of Dry January – I fear the shock to my system may do more harm than good – but I am taking a keen interest in the stated alcoholic strength on the labels in my drinks cabinet.

I notice that the (mercifully as yet untouched) supermarket own-label bottles of gin and vodka which entered my house as a festive donation from my dear Aunt Ethel have been bottled at 37.5% abv, and yet the corresponding bottle of ‘Glen McSporran’ finest blended Scotch clearly says 40%.

Upon further investigation, I have discovered that Scotch whisky must be bottled at a minimum strength of 40% by law. But why? I do hope that you can enlighten me.

History lesson: The Prof’s answer on abv has more to do with politics than production

It is appropriate that I have been asked this question now, as the answer is 100 years old this year. As we’ll see, while there are quality issues behind keeping Scotch whisky at a minimum bottling strength of 40% abv, the main reason the figure was chosen – and eventually enshrined in law – had more to do with politics. This, therefore, is more of a history lesson than a technical one.

Let’s go back to 1915. The First World War had started and the whisky industry was coming under governmental pressure to Do Its Bit. In that year, David Lloyd George, the teetotal Chancellor of the Exchequer, created the Central Control Board (Liquor Traffic), whose powers included jurisdiction over sales of alcohol in ‘munitions areas’ – which comprised military bases and most of Britain’s main centres of population. Its remit also extended to advice on legislation which could help to curb liquor consumption. As I said, he was a teetotaler.

Lloyd George’s first attempt to introduce temperance by stealth was a proposal in his 1915 Budget to double the duty on spirits. He backed down after the whisky industry agreed to release its wares only after a minimum of three years’ maturation. This act of political horse-trading also helped, accidentally, to impose a degree of quality control.

He then tried another tack. In those days, most whisky was bottled at between 15 and 22 degrees under UK proof as it was then known (48.6-44.6% abv in today’s terms). In 1915, the Control Board permitted whisky to be sold at 35 degrees under proof (37.2% abv); the year after, Government gave the Board permission to ban production in all distilleries that weren’t licensed by the Ministry of Munitions, which was then run by… Lloyd George.

Temperance man: Lloyd George was concerned about the effects of alcohol on the war effort

The restrictions, bar price control, were lifted at the end of the war, but in 1920 duty was raised once again and whisky distillers were banned from passing the rise on. This increased financial burden meant it was impossible for them to bottle anything above 40% abv. The minimum strength had become standardised.

The fact that distillers bottled at a higher strength pre-war suggests that they understood that alcohol carries flavour and that, while cutting strength might have made them more money, it would also compromise quality.

The lower the strength goes, the greater the risk that you lose the more delicate (volatile) top notes. This is more clearly seen in gin and rum, where citric aromas virtually disappear when the bottling strength falls below 40% abv.

You can see evidence of this in whisky too by comparing the aromatic complexity of a whisky at 40% and 43%. The difference is marked. Forty percent might have been a compromise, but it helped to preserve whisky’s integrity.

Please do try comparing the bottles so generously given to you by Aunt Ethel and let me know the results of your tasting. No need to invite me to participate, though.