Why does ‘proof’ have multiple meanings?

‘Proof’ is a term used worldwide to denote the alcoholic strength of whisky, or any beverage, yet confusingly its meaning changes depending on a bottle’s country of origin and era. The Whisky Professor hits the history books for an explanation. 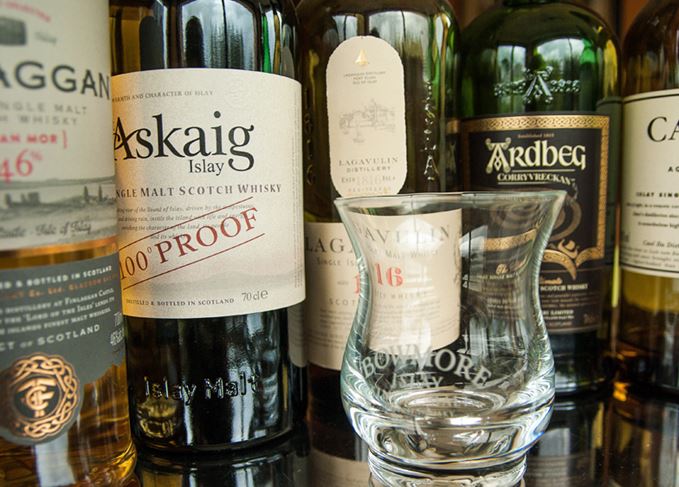 Calculated sum: Proof is added on a whisky’s label to denote the spirit’s alcohol strength

I must confess that I am somewhat confused over the term ‘proof’. It seems to mean different things depending on where you are in the world – and bears no relation to the alcohol by volume (abv) listed on the label. Can you help?

I would agree with you. The terminology and calculations behind the term are confusing, but I hope that the following may help steer you through the thickets of formulae.

Perhaps the best way to start is with the term itself. What were the people who first wanted to measure alcohol strength trying to prove?

The term, it is widely agreed, was first coined in Britain during the 17th century (some say earlier) when alcohol would be tested to ‘prove’ its strength. The reason? Our good friends at Customs & Excise imposed different levies depending on the strength of the alcohol, and so needed proof of the spirit’s strength.

The manner of this testing was somewhat dramatic. A small amount of gunpowder would be soaked with the spirit being tested. If it burned with a steady flame, the alcohol was considered to be ‘100 proof’.

Dark figure: Robert Burns’ song The deil’s awa wi’ the Exciseman depicts an excise officer as a demonic being

If it burned more vigorously (in other words, exploded) it was ‘over proof’. However, if it failed to ignite it would be classed as ‘under proof’. A few whiskers would have been sacrificed before a safer – and somewhat more scientific – test was invented in 1740 thanks to Customs & Excise’s adoption of the Clark hydrometer, which itself was usurped in 1816 by scientist Bartholomew Sikes’ version, whose use was enshrined in law in 1818.

It determined alcohol strength by calculating the specific gravity of spirit within a solution of alcohol and water. A 100 proof spirit was determined to be 12/13th of the specific gravity of the same volume of distilled water at the same temperature (51F). This calculation defined a 100 proof spirit as having 57.1% alcohol by volume, or ‘abv’ as it is commonly referred to on whisky bottles today.

Mainland European distillers, however, used a different method which was devised in 1824 by French scientist Joseph-Louis Gay-Lussac. This calculated strength as being a percentage of alcohol by volume in a solution of distilled water at a temperature of 20C.

In time, the Gay-Lussac method became the standard way of measuring alcoholic strength and on January 1980 the UK bade farewell to Sikes’ method and legally ratified an adapted Gay-Lussac system of using alcohol by volume as the standard measure. You may see ‘GL’ as a suffix on old bottlings.

There is one further issue. The United States calculates proof in yet another method. It’s their right, in much the same way as they insist on pronouncing ‘aluminium’ or ‘oregano’ incorrectly, and since their method of indicating proof has been in place since 1848 you can see why they refuse to change.

All you need to do to calculate the abv of an American whiskey is divide the proof by two. Not that tricky after all – especially when you consider that a 50% abv Scotch in the old days would have been 87.5 proof.

I hope that this helps.