Whisky and maturity: why three years?

24 December 2015 by The Whisky Professor

Distillers have to wait for their spirit to mature for three years before it can be called ‘whisky’. But why? And how did this come about? As ever, the Whisky Professor has the answers. 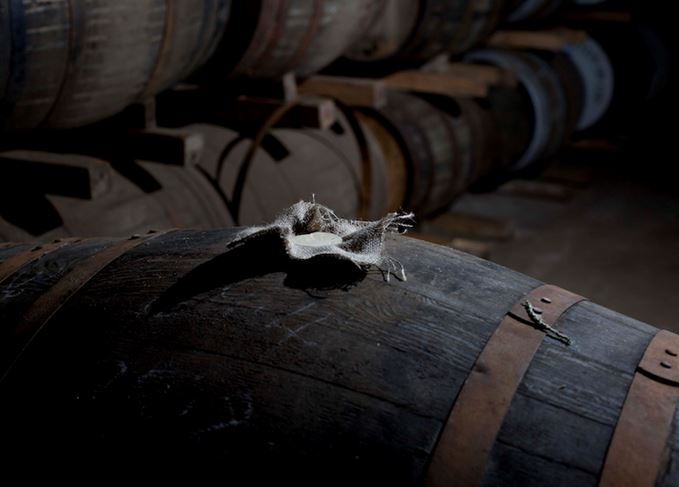 Rest in peace: Whisky undergoing its miraculous process of transformation

I am writing to you as the proud father of a two-year-old child. As you may know, two-year-old children can be, er, interesting creatures, whose burgeoning discovery of the world around them and how to interact with it is mainly expressed through the medium of The Tantrum.

This can take many forms, but the most popular of them (in my so far limited experience) consists of lying face-down in the middle of Sainsbury’s, beating both fists on the floor and screaming in a red-faced rage.

The good news is that Tarquin’s third birthday is next month. Given the entire rationale of the ‘terrible twos’, I am confidently expecting him to be transformed – overnight – from irrational toddler into beaming, angelic little boy whose life revolves around pleasing his long-suffering parents…

On re-reading this letter, I am forced to wonder just how and why I should expect this miraculous process to happen instantaneously – the ying, if you will, to the yang of Harry Enfield’s Kevin becoming a teenager.

Given my anticipatory incredulity re Tarquin, it makes me wonder who on Earth decided that something fermented and distilled from cereal grains, water and yeast should suddenly become ‘Scotch whisky’ once it has been left in a wooden container for precisely three years.

Perhaps you could enlighten me?

Expert view: The Whisky Prof brings his omniscience to bear on maturity

I feel your pain. And let me say from the outset that a cask of whisky is as likely to be transformed from rocket fuel into divine nectar when the clock hands pass midnight three years on, as is Tarquin to become the beatific cherub you so optimistically wish for.

But to answer your question more directly, we need to return to the dark early days of the First World War, almost exactly a century ago. The Chancellor of the Exchequer, David Lloyd George, was passionately concerned about the problems caused by alcohol, particularly in the wartime context – arguing that drink was doing more harm to the war effort ‘than all the German submarines put together’.

Lloyd George advocated total prohibition of alcohol, but had to make do with a compromise of various measures, including a ban on the sale of spirits aged for less than three (initially two) years under the Immature Spirits (Restriction) Act 1915.

This was both a reflection of the temperance movement’s contention that ‘immature’ spirits caused more drunkenness than those left to age for longer, and also the concern of many in the Scotch whisky industry that irresponsible distillers were padding out cheap blends with large dollops of unaged grain spirit.

Historically, ‘whisky’ was previously often sold straight from the still, but the merits of maturation were recognised as long ago as 1822, when King George IV visited Edinburgh and indulged in some Glenlivet, ‘long in wood, long in uncorked bottles, mild as milk’, according to the Diary of a Highland Lady, penned by Elizabeth Grant of Rothiemurchus.

More prosaically and more appositely for our discussion, the so-called ‘immaturity’ of new make diminishes rapidly during the first three years of maturation in an active (first fill or rejuvenated) cask.

It’s simplest to view this as a process of addition and subtraction: volatile alcohols, any sulphur compounds and other ‘off’ flavours are leeched out of the liquid; reversing this process, the wood simultaneously adds flavours of its own (most typically, lactone and vanillin, plus flavour compounds from whatever was in the cask previously, such as Bourbon or Sherry), creating more roundness and complexity.

Oxygen also has its say on this evolving combination of flavours, giving a mellow character and improved fragrance. The result – although, of course, much depends on the original raw material – is a rounder, more complete and, yes, more mature drink altogether.

But, like children, whiskies are all different. Put your spirit in an inactive (much-used previously) cask and it will take much, much longer for this process to occur. Maybe as long as 12 years or so – and we all know what happens to children then. But try not to think about the teenage years just yet…