Remembering the age of the excisemen

In the 18th, 19th and early-20th centuries, excise officers loomed large over the Scotch whisky industry. Charged with ensuring government taxation was adhered to – and illicit distilleries were silenced – they were subject to intimidation, bribes and even the occasional kidnapping. Gavin D Smith tells the story of the age of the excisemen. 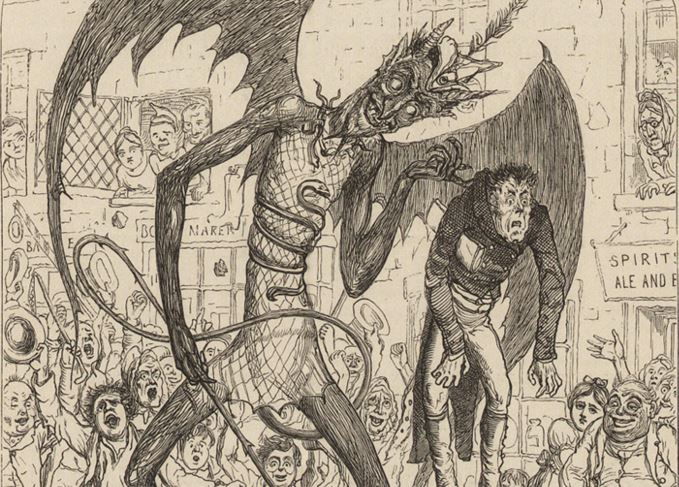 Unpopular figure: An officer as depicted in the Robert Burns song, The deil's awa wi' the Exciseman

Once a tax is placed on any commodity, someone, somewhere seeks to avoid paying it, and government officials must be tasked with ensuring that they are brought to account. In terms of Scotch whisky, the first excise duty was levied in January 1644, at a level of two shillings and eight pence per Scots pint (almost half a gallon) on ‘everie pynt of aquavytie or strong watteris sold within the countrey.’

The role of ‘policing’ taxation activities was formalised when The Scottish Excise Board was established in 1707 as part of the Treaty of Union, which created Great Britain: the political union of the Kingdoms of England and Scotland. One provision of the Treaty was that the same levels of duty on ‘excisable liquors’ were enforced both north and south of the border. This imposition was far from popular in many parts of Scotland, where it was perceived as English interference in Scottish matters, and evading the payment of duty became something of a matter of honour.

In 1782, 1,940 illicit stills were detected, which begs the question: how many were actually in operation? King George IV was said only to drink Glenlivet whisky, made without benefit of licence, and Thomas Guthrie (1803-73) wrote in his autobiography of the situation that prevailed during the early years of the 19th century: ‘Everybody, with few exceptions, drank what was in reality illicit whisky – far superior to that made under the eye of the Excise – lords and lairds, members of Parliament and ministers of the gospel.’

The almost impossible task of enforcing excise legislation was the role of the officers of the Excise Board, who were commonly known as ‘gaugers’, because their principal task was to gauge the amount and value of spirits produced. Their role was often an onerous one, as Phillip Morrice observes in The Schweppes Guide to Scotch: ‘The exciseman’s lot was not a happy one. He was working against a highly-motivated, hostile and sometimes desperate section of the population, whose activities were either supported or connived at by a majority of the rest. He was often working in unfamiliar territory and was obliged to do so by a rulebook, whereas his adversaries had none. Like all tax collectors in history, he had no natural allies, save the government of the day which left him to execute its unpopular policies.’

Of the many tales relating to the role of excise officers, that of Malcolm Gillespie is the most vivid and intriguing, but the privations faced by Gillespie in carrying out his duty were far from unique.

In October 1815, one Duncan MacPherson of Auchindoir in Aberdeenshire was caught red-handed with illicitly-distilled spirit by an unnamed excise officer, who subsequently reported that, ‘he threatened me with immediate death if I offered to destroy any more [of the casks of spirit], at the same time beating and bruising me to the effusion of blood, so far as medical aid was necessary.’

Fatalities were not unknown, and officers were also sometimes kidnapped and held hostage to prevent them testifying in court cases against illicit distillers. On the other hand, it was not uncommon for officers to accept bribes in order to turn a blind eye to their activities.

In terms of organisation, the excise hierarchy was topped by the collector, who was paid the impressive sum of up to £600 per year during the first decades of the 19th century. Every ‘collection’, or region, was sub-divided into districts, each controlled by a supervisor. Until 1831, the term ‘gauger’ was an official one, replaced that year by the title division officer or ride officer, and during the 1830s their salary amounted to £100 per year. Bonuses were paid to the officers for seizures of illicit distilling equipment, which made for a welcome addition to their modest incomes.

Excise officers also had to keep themselves up to speed on frequently-changing legislation – and, as far as this legislation was concerned, the most important act passed in the history of taxation on whisky was the 1823 Excise Act.

This dramatically cut duty to two shillings and threepence per gallon and, with a distilling licence costing 10 pounds, the export market to England was made significantly more attractive. The Act also made it compulsory for every distillery to provide accommodation for a resident excise officer.

As a result, the number of licensed distilleries in Scotland doubled over two years, and production of duty-paid whisky rose from two million gallons to six million gallons per annum. A remarkable 14,000 detections of illicit distillation were made during 1823 – clearly just a small proportion of the actual instances of illicit distillation being carried out – but in the wake of the Act this level fell to 692 in 1834 and a mere six in 1874.

Ultimately, the principal role of the excise officer came to be as a distillery-based official, representing the government and charged with accounting for every drop of spirit produced. Recalling his younger days in the whisky industry, John McDougall – formerly manager of distilleries such as Laphroaig and Springbank, and now a respected consultant – points out that, ‘the excise officer was still a powerful figure in the mid-1960s, and the distillery tended to run to suit his personal timetable. He would arrive to oversee the accounts of spirits and everything else when he was ready to.’

Despite their importance in the hierarchy of whisky distillation, excise officers were not always immune to the temptations they were employed to ensure others resisted. McDougall remembers instances of officers at Balvenie distillery in Dufftown drawing large samples of spirit with which to ‘test their instruments’, and notes that they must have been very diligent, as they seemed to test their instruments with great regularity.

There are even instances of excise officers copying distillery employees and carrying sauce bottles on lengths of string, or copper ‘dogs’, which they would dip surreptitiously into warehoused casks of whisky from time to time. Despite such occasional behaviour, most officers stood firmly on the side of law and order when it came to the cat and mouse game of trying to stop employees pilfering whisky.

However, as retired Highland Park stillman ‘Boyo’ Norquoy says: ‘You were pretty sure the Customs & Excise guys knew what was going on. They thought that if you were drammed you wouldn’t take any whisky for yourselves. But this wasn’t true, of course.’

The semi-official practice of dramming varied from distillery to distillery, and consisted of the ‘brewer’ serving cask-strength measures to the employees at various intervals. In some instances, new-make spirit or ‘clearic’ was used, but in others, well-matured whisky was served. Norquoy says: ‘You got a dram at lunchtime and at teatime, and the brewer at Highland Park always gave us a good mature dram.’

Dramming did not prevent distillery workers from liberating whisky on their own terms, and not only in the commonplace use of concealed bottles and flasks to remove spirit from warehouses. ‘Some guys would get up onto the roof of one of the warehouses,’ he recalls. ‘They would edge open a skylight by pulling back the soft lead around it, put down a pipe and ease out the soft bung from a cask with the end of the pipe. They’d “sook” the whisky up the pipe and into a tin on the rooftop, then ease the bung back in, put the glass on the skylight back into place, and push the soft lead back around it. Nobody ever knew they’d been up there!’

Since 1983, distilleries have been largely self-regulating, with managers submitting returns for the amounts of spirit produced to what is now HM Revenue & Customs. Once arguably the most important person in a distillery, the resident excise officer – with his duplicate keys to control warehouse and spirit safe opening – has now passed into whisky history, along with coal-fired stills and the lost art of dramming.