Why is single malt made from barley?

How did barley become the cereal grain de rigueur for single malt whisky? Our omniscient Whisky Professor explains all… 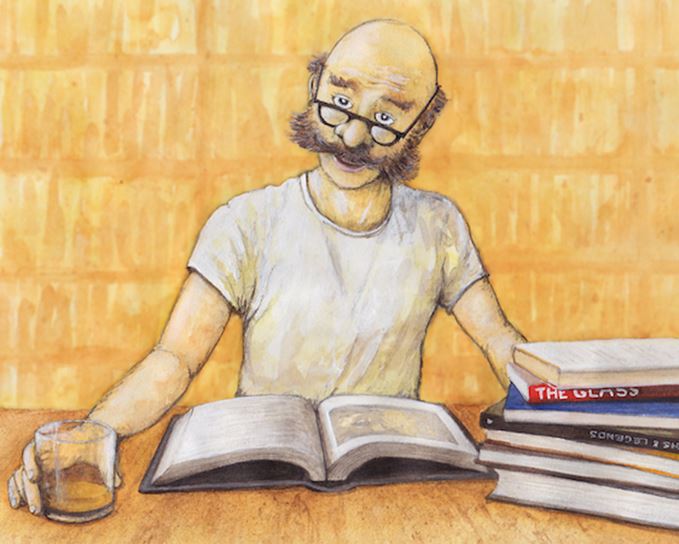 Help at hand from the Whisky Prof (Illustration: Tony Felstead)

I get the bit about single malt whisky having to be made from barley and no other cereal grain – but why? Why barley and not wheat, for example? Oh, and one more thing: what kind of barley? Does barley have lots of varieties, like grapes – and which one is best for making whisky?

That is a very good question. The simple answer is that it’s the law. The Scotch Whisky Regulations Par 2.3 states:

‘Single Malt Scotch Whisky means a Scotch Whisky produced from only water and malted barley at a single distillery by batch distillation in pot stills.’

Why barley? It was the most widely used grain in the past – mainly because it thrived better than other cereal crops in Scotland’s more challenging growing conditions. It was also easier to malt than other grains. In other words, malted barley came to define the style and flavour of ‘malt whisky’.

Now, anyone who has read a little whisky history knows that other cereals have been used – oats, for example, were often turned into spirit in the Highlands and islands in the dim past. Rye was used in the late 18th century, while today’s grain whisky is made from wheat or corn.

Whisky distillers can use these cereals, but the whisky produced would have to be called ‘Single Grain’ even if it were distilled in a pot still.

Under Par 2.4 of the regulations it states:

‘Single Grain Scotch Whisky means a Scotch Whisky distilled at a single distillery but which, in addition to water and malted barley, may also be produced from whole grains of other malted or unmalted cereals.’

So, nothing to stop there being Scottish rye, or oat, or mixed grain whiskies. You just can’t call them single malt.

In answer to the second question, there are a large number of varieties of barley used. These are selected because of their potential yield – ie the number of litres of alcohol a distiller can expect to make from one tonne. They are also low in protein (measured in percentage of nitrogen) and high in starch content. More starch = more potential sugar = more alcohol.

The different varieties are not considered to have an effect on flavour, but there are those who hold that old, low-yielding barley strains such as Golden Promise do have a textural impact.