For newcomers to whisky tasting – or any other beverage, alcoholic or not – finding the words to describe what you smell can be a tricky, and at times daunting, challenge. Dave Broom seeks out answers to aid both expert and novice whisky drinkers in deciphering what’s in their glass. 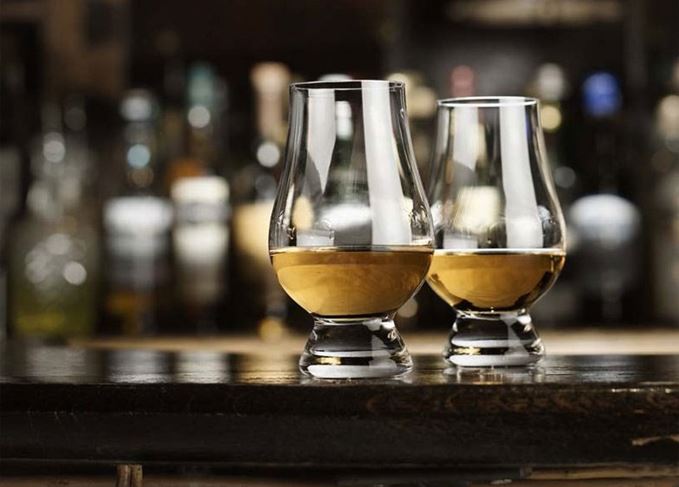 If the problems we all have in articulating smell are down to language rather than physiology, then how can we create a new language in order to be able to dig deeper – and more accurately – into the world of aroma? Going to live with the indigenous peoples of the Malay Peninsula to learn their language is one solution, but I suspect it’s beyond the reach of most of us.

In any case, is it really worth it? There have been plenty of surveys over the years in which researchers into olfaction have given wine experts and novices a blind tasting, and concluded that the experts are no better than newcomers when it comes to tests such as identifying the colour of a wine when it is put in a coloured glass.

They make pretty dispiriting reads and I only venture into their findings when feeling masochistic. After all, once anyone starts on this whisky writing gig, they start to nose and taste regularly, and begin to believe (or hope) that they slowly get better at identifying aromas. To be told that we are, in fact, incompetents suggests that we might as well ignore tastings and tasting notes – or just use random words to describe a whisky.

But I know the glass of Highland Park I nosed yesterday smelled of Roquefort cheese. Have the researchers been asking the wrong questions?

While this straw-clutching process was continuing, I logged onto this splendid website, Meaning, Culture & Cognition, where there was a paper by Ilja Croijmans and Professor Asifa Majoud entitled Wine and Coffee experts can overcome the limits of their language. I know that sounds like the title of a North Korean opera, but it did suggest a certain degree of hope.

In it, Croijmans says: ‘A sommelier could describe the wine selected for your dinner as being “fruity, with hints of strawberries, cherries and other red fruits”. In contrast, non-experts in the West struggle to name smells and tastes. The usual explanation given for this anomaly is there are simply too few words dedicated to describing smells, compared to, for example, colours.’

In a blind nosing, he asked wine and coffee experts and novices to describe the aromas of wines, coffee and commonly encountered aromas. The wine experts were pretty much in agreement with each other when describing the smell and taste of wines (and better at doing so than the novices and coffee experts), but there was less consensus between the coffee experts when they were presented with coffee. More revealingly, both sets of experts were no better than novices at naming the everyday smells and tastes.

This suggests you can train your nose to identify certain aromas in specific areas of ‘expertise’, ie it is a matter of training and focus. It doesn’t, however, make you any better at smelling.

Why was there a difference between the two groups of experts when it came to their own fields? Croijmans believes it is because wine has established a shared flavour language. There are wine tastings, wine journals, etc. Coffee doesn’t have such a collegiate environment (as yet). He concludes: ‘…To be better at conversing about your smell and flavour experiences, more dedicated linguistic input is necessary.’ In other words, you have to work at it.

In order to smell whisky, I’d argue, you also need to train your nose to identify these everyday scents because they are the ones that will offer the often more subtle differences between whiskies. Say you have two whiskies that smell ‘floral’, what kind of flowers do they smell like? Roses smell very different to bluebells; privet blossom is different to freesia, etc. If you don’t consciously smell the flowers, then you will limit your aroma lexicon.

The research also infers that in wine the language has become more formalised: eg Cabernet smells of blackcurrant. In many ways it has to. If you are sitting in on a panel tasting, you have to have a shared language.

I know a blender who identifies ‘waxiness’ as being like tinned tomato soup, whereas another in the same team thinks it’s snuffed candle. If there wasn’t an agreed term – in this case ‘waxy’ – then neither would know they were in agreement. There has to be a sufficient flex in the framework to accommodate these personal markers. It’s one reason for flavour wheels, or a flavour map such as the one I helped develop with Diageo, in which single malts are positioned by dominant flavour characteristic.

Floral flavours: identifying floral scents is all well and good, but how do you describe the difference between bluebells and roses?

The problem with the flavour wheel is that there needs to be one for each language/culture. There is something of a quasi-imperialist approach in the way that Scotch is ‘taught’ around the world. The (often kilted) masters descend, talk about clootie dumpling and Christmas cake to a baffled audience and leave. Having a culturally specific set of wheels would help – and allow a shared language to be created.

Why does this matter? Because being able to communicate accurately is one way of giving newcomers confidence. Being able to say what is on the tip of your tongue (or at the end of your nose) helps the whisky drinker to identify likes and dislikes, understand where the flavours come from and what they mean. It takes time – the creation of flavour wheels, endless seminars, or the use of training kits such as Le Nez du Whisky, or that from the Whisky Aroma Academy.

I do wonder if we are being led by the nose. Yes, 95% of ‘flavours’ are in fact smells, and these aromas help us map our way in the world, but in terms of gaining confidence in whisky, don’t forget texture. Though we may struggle to understand fully the subtleties of different cultures’ aromas, we can all identify the same physical properties in a liquid. Our tongues may be tied when it comes to language, but they all work the same way when identifying feel and taste. That offers a bridge of understanding.

If you can talk of texture first when discussing whisky, this shared and agreed experience then helps give people confidence that the random aromas they are scared to express, because they seem stupid, might not be as daft as they initially think.

Another way is to take an approach which my colleague Andrew Jefford came across when discussing wine tasting terminology with a Chinese winemaker. He discovered that the Chinese characters for wine tasting – 品酒如品人– translate as ‘taste wine like person’ and that, though ‘taste’ also meant ‘judge’ or ‘appreciate’, it also had the meaning of ‘play’ in the same way as we approach art.

Tasting then stops being a purely analytical process and enters a more creative realm. It is not just a list of adjectives, but taps into how you feel when you encounter the liquid. How is it speaking to you? Where does it remind you of? Who is it like? What season?

When you try this approach, there is also consensus – and laughs. As we continue to work at building our whisky language, we also have to remember to sit back, relax and enjoy.