A peat fire burns at the heart of Highland Park. An Orcadian peat fire to be precise. This is significant not just in retention of heritage, but in flavour terms.

Peat is made up from semi-decomposed vegetation laid down over thousands of years. That vegetation differs across Scotland depending on climatic condition all these millennia ago. When the peat is dried and then burned, the phenols (smoky aromas) released will have different aromas generated by this vegetation. Mainland peat is smokier because of there being more lignin from trees; Islay’s peat appears to have more marine vegetation and contains more creosol (picked up as tar); while Orcadian peat is composed entirely of sphagnum moss and heather. The result, once again, is a different aromatic spectrum, lightly smoky, but significantly more fragrant… heathery even.

The peat is burned in the distillery’s own kiln and the resulting heavily smoky malt makes up 20% of the barley used for each mash. The remainder, unpeated, comes from the mainland.

The other signature of Highland Park comes later in the process with maturation. The regime has been 100% Sherry casks since 2004, with a mix of European and American oak (as well as refill) being used. These add a layer of richness to the lightly smoky, fragrant and fruity character. 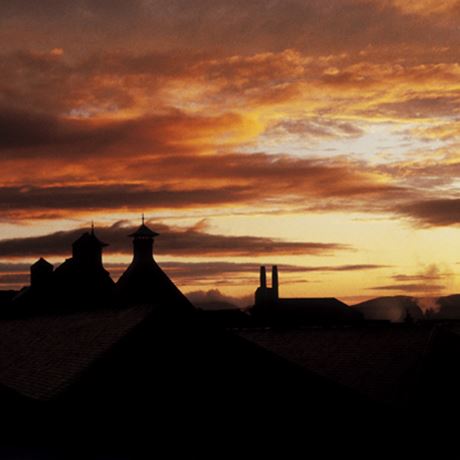 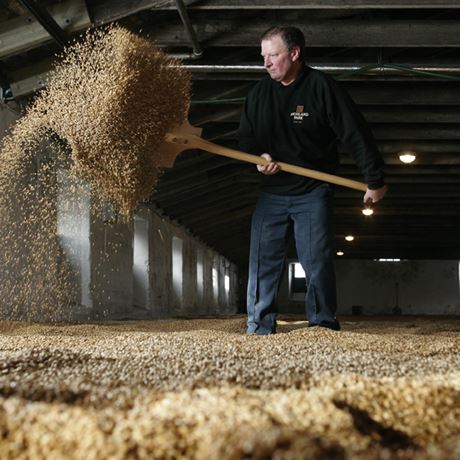 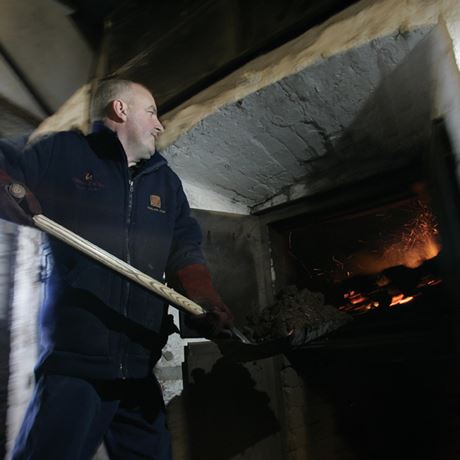 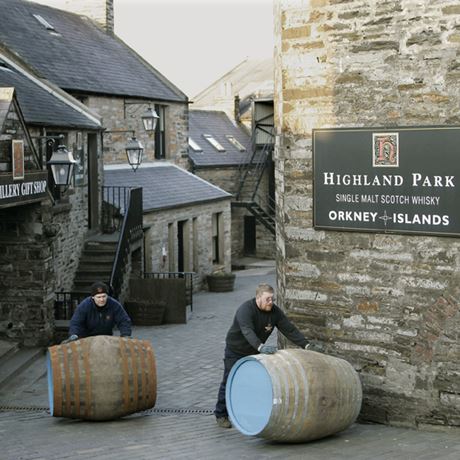 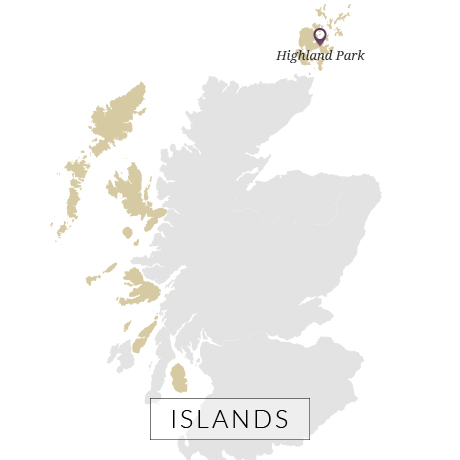 The origins of distilleries are often, as they should be, obscured by the clouds of half-truth and myth. Such is the case with Highland Park. Was it founded by famed priest turned smuggler Magnus Eunson, or by farmer David Robertson in 1798? The distillery’s ornate wrought ironwork gate certainly attests to the 1798 story.

Whatever the slight mystery over its origins, it is accepted that it wasn’t until the late 19th century that Kirkwall’s then only distillery found its feet properly in the 1870s under the ownership of first William Stuart [who owned Miltonduff] and from 1885 with his business partner James Grant (previously the manager of The Glenlivet) who took full control in 1895. It was Grant who expanded the distillery twice and built up a strong relationship with Robertson & Baxter (R&B).

Highland Distillers (who had shares in R&B) took full control in 1937 and Highland Park is now part of the Edrington Group.

It first appeared as single malt in the late 1970s, as an eight-year-old, but the packaging was revamped in the 1980s (and repeatedly ever since) when the 12- and 18-year-old expressions were introduced. It soon built up a strong, even cult, following with the range expanding continually. As well as a core range with age statements, various series have been released themed around Orcadian history and Norse gods.