The second distillery to grace the Isle of Skye, Torabhaig, has only been operational since January 2017. But getting a new distillery off the ground takes years – if not decades – of planning and preparation, trial and error. Ian Wisniewski visited distillery manager Hamish Fraser to record significant dates in the lead-up to the distillery’s completion. 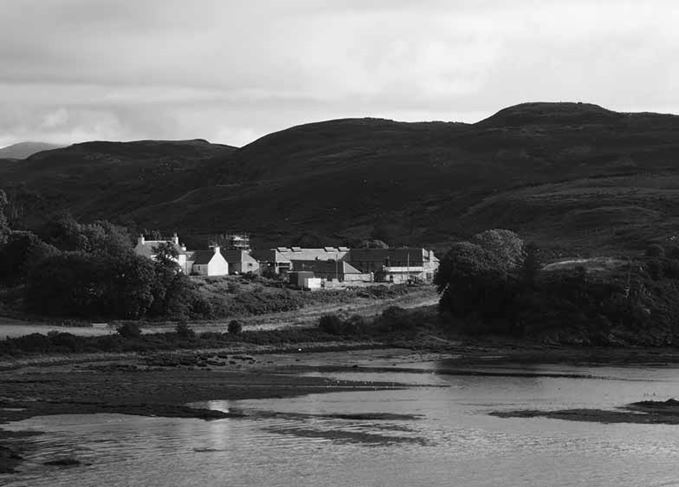 Torabhaig distillery: The second distillery on the Isle of Skye started production in January 2017

Establishing a new distillery requires extensive experience and abundant patience. Building work can include various complications and delays, but this is effectively a prequel to the ultimate phase: preparing to go into production.

All the equipment needs to be selected, ordered, installed, tested and trial runs conducted; contracts must be negotiated to ensure a consistent supply of malt, yeast and casks.

Numerous decisions also have to be made, whether it’s about which candidates to employ, or the best way of dealing with the hot water that leaves the condensers.

Torabhaig on the Isle of Skye, for example, went into production in January 2017, though plans for the distillery were first drawn up in 2005. It was Sir Iain Noble, who founded independent blender and bottler Pràban na Linne (Gaelic Whiskies) in 1976, who came up with the idea to convert the 19th-century listed steading at Torabhaig into a distillery.

In 2002, Sir Iain’s planning application was approved, but he died in 2010 before building could get under way. Work started in July 2014, converting the 200-year-old farmstead into a distillery.

Unoccupied for 60 years, there was plenty to renovate and being a listed building meant there were certain constraints. Concrete which had been used to patch up some sections of stonework had to be removed; roof slates and joists were replaced from one end of the building to the other; and cast iron down pipes were installed.

‘Everything was done as it would have been done 200 years ago, only better,’ says Hamish Fraser, Torabhaig’s distillery manager. The main structural work took two years to put in place and, as this neared completion, the countdown to becoming operational also began. Here Hamish Fraser documents some key dates during this important period.

Cooling pond: Where a 1960s building once stood now sits a 4m-litre pond

January 2016
‘We demolish a 1960s building on the site to make room for a cooling pond, a traditional method of cooling hot water from the condensers before it’s returned to the river. Two 15-tonne diggers are going to take several weeks to dig out half an acre of space for the pond, which means moving a huge amount of earth – and, as the site is on different levels, it isn’t going to be easy.

‘The pond will have such a large surface area – and a capacity of 4m litres – that water from the condensers will be able to give off all the heat it will need to lose before returning to the river. Otherwise, if you return water that raises the temperature of the river by three degrees centigrade, you will have to shut down production.

‘We also begin to landscape the entire area. We’re on a seven-acre site, so there’s plenty of landscaping to do. After gathering stones and reseeding the surround of the now sealed pond, the grass was initially very slow to get going, but it’s now taken off.’

February 2016
‘What a week. We’re in a listed building, so we’re very restricted in what we can do. The doorways aren’t large enough to get the production equipment in, and we can’t take a wall down to do this either. The only option is to leave the roof open, and lower everything in through the roof using a crane.

‘Spirit receivers go in first, then the two stills, then eight wooden washbacks, each with a capacity of 8,000 litres. The mash tun, mill and its associated equipment are installed in the new part of the building, which we are calling the “mash house” – constructed to look as if it’s always been there. All the distilling equipment had been ordered three years ago from Forsyths of Rothes, who are installing everything for us.

‘We are at the mercy of the weather. It is glorious on some days and brutal on others, and it can also change very quickly on the same day, which is giving me some anxious moments watching the crane lowering all the equipment.

‘Sometimes I turn away and look out across the Knoydart peninsula instead. We’re only 50 metres from the sea and the peninsula is a superb view, which consoles me on a number of occasions when I need it.’

July 2016
‘Our boiler arrives and is installed and tested – and will continue to be tested over the next few months, which means a lot of firing it up and then cooling it down to test all is well. The name of the boiler is the Wee Chieftain, and it’s a big Wee Chieftain.

‘We also begin recruiting, initially for two production staff from within a 25-mile radius. We don’t want anyone to have a long journey, particularly if they have to arrive at the distillery for six in the morning.’

16 October 2016
‘We sign contracts and establish accounts with suppliers for our yeast and for our malt, which is heavily peated Concerto barley. We won’t be taking deliveries for a while, but at least our supply is confirmed, as you can’t just place an order and expect it all tomorrow. Two new production staff join this month, who will be working on each stage of the whisky-making process.’

Final fixtures: The roof to the distillery had to be removed to install the stills

November 2016
‘What a relief to be getting the roof sealed (on the 16th). It’s a detachable roof above the stills, so we have access in case anything needs to be replaced in the future. We also place our first orders for casks, which are made specifically for us: Bourbon barrels from America and Sherry casks from Spain. We start recruiting for two more members of production staff to start in January.’

December 2016
‘Our first batch of yeast is delivered. It’s dried yeast in 10kg bags a time, with a good shelf life. We have to look after it as it’s pretty expensive – we use about 6kg per batch in each washback.’

8 January 2017
‘Two more production staff join, giving us a total of four distillery people. We begin our staff training period, covering each stage of production. Training will last until they know it by heart. In practice, this takes about 8-10 weeks.’

20-27 January 2017
‘The date of 20 January is a very important day, as we are holding our first trial production run. We call it a “dry run”, even though this means putting water through all the equipment and the stills to check for any leaks. Fortunately, there aren’t any.

‘Our first batch of malted barley was delivered in December, and we start milling on 27 January using our mill for the first time.’

31 January 2017
‘We are all feeling euphoric today, as we distil our first batch of spirit. Chris Anderson, master distiller, is very pleased. We need to smooth out a few things, sort out some pipe blockages and recalibrate a few of the sensors and pumps.

‘Forsyths, who installed everything, are holding our hands today (and will be for the rest of the week). Samples of the new make spirit are being sent to the lab for analysis.’

February 2017
‘We receive the analysis back from the lab and it’s all ship-shape, and the character we want, which is quite heavily peated. We’re now fully operational, doing five mashes a week, which is an amazing feeling after all the years of planning and preparing.

‘The visitor centre is still being completed; it’s part of the original old steading, which encloses a courtyard. There’ll be a balustrade from which visitors can gaze at amazing views of Knock Castle and across to the Knoydart peninsula. It will be a very special day when we welcome our first visitors.’

More information on Torabhaig’s history can be found on the distillery’s dedicated Whiskypedia page.