The science of tasting whisky 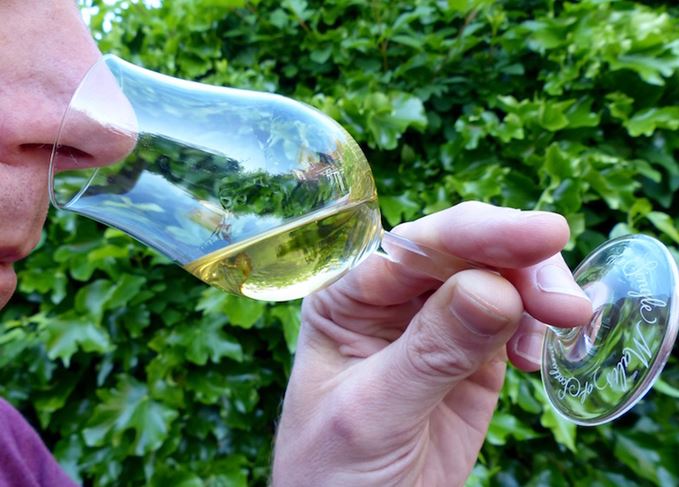 The nose knows: The olfactory sense is credited with providing 80% of our sense of flavour

All I have to do is take a sip and I’m in another world: enthralled by all the flavours that Scotch whisky has to offer. But, while I’m enjoying this gift-wrapped experience, there’s a lot going on behind the scenes: my senses are transmitting various messages to the brain, which is busy collating and analysing all the information.

Even before you nose and sip the contents of your glass, the senses and the brain are already engaged in evaluating all the available details, including the design of the bottle, the colour of the whisky and the glassware in which it is served.

‘Even the weight of a glass in your hand sends a message to the brain about the contents, with a heavier glass creating a sense of quality compared to a lighter glass,’ says Greg Tucker, a taste psychologist at The Marketing Clinic. ‘The brain makes various predictions, setting up expectations, then the brain checks whether this has been confirmed or not, which can lead to disappointment or a pleasant surprise.’

The next stage sees the olfactory sense – the nose – get to work assessing the aroma. This may comprise a series of notes that appear individually in a chronological sequence, or they can appear simultaneously within a more ‘integrated’ package.

‘Our perception of an aroma goes through the olfactory sense directly to the brain, where the aroma is analysed and the brain compares it to the retained references from previous experience (the schema),’ explains Tucker.

‘The brain effectively contains small filing cards which act as points of reference, and the brain is constantly looking for connections to each aroma. But the brain also predicts rather than just responds, and uses the aroma to anticipate how the whisky will taste.’

In addition to analysing aromas, the olfactory sense also contributes to our perception of flavour, in conjunction with the tongue and the retro-nasal passage (the top of the throat). When a sip of Scotch whisky enters the palate, the temperature of the mouth (37 degrees centigrade, body temperature) slightly warms the liquid. This helps to release certain flavours and vapours.

The tongue is equipped with taste receptors (‘taste buds’) which detect flavours from the liquid. Meanwhile, the olfactory sense and retro-nasal passage (which are linked) are equipped with similar receptors that detect characteristics from the vapours.

Taste test: Are some people naturally better tasters than others?

Each member of this trio transmits messages for the brain to collate, but it’s the olfactory sense that has always been credited for providing around 80% of our total sense of flavour.

‘Rather than trying to assess the relative importance of the olfactory sense in relation to the tongue and retro-nasal passage, what really matters is the incredibly complex interaction between them. It’s like an orchestra playing together,’ Tucker points out.

During the process of tasting, the brain receives an enormous spectrum of data, which has to be analysed, and conclusions reached. ‘One way in which the brain does this is to identify flavours in a particular sequence: sweetness, sourness, salty, umami (a group which includes soy sauce and parmesan cheese) and finally bitterness, though the first characteristic the brain evaluates is the mouthfeel,’ says Tucker.

Taste receptors on the tongue transmit messages about the mouthfeel (or texture), which varies enormously among Scotch whiskies, from delicate and elegant, to rounder, fuller-bodied, luscious and even creamy. Texture can, arguably, be considered a flavour in its own right, and is certainly the ‘vehicle’ which conveys flavour.

Scotch whisky contains numerous flavours, some them readily identifiable, such as vanilla, citrus and so on, others playing more of a supporting role, boosting the impact of other flavours rather than being discernible in their own right.

And, if we’re having a dram with friends, the same Scotch whisky can produce a variety of opinions. Of course. Our palates are individual. And we all have different thresholds and preferences. What one person might consider to be an ideal level of sweetness or dryness, may be considered dominant or too subtle by someone else. Similarly, some people like oak notes more than others, and not everyone loves phenolic character.

‘We all have different abilities and specialisations in terms of picking up certain flavours – it’s a genetic predisposition,’ says Tucker. ‘We may have a relative blind spot for citrus, for example, and be unable to detect citrus as specifically as someone else. Similarly, not everyone has the same sense of smell. For example, 5% of the population can’t recognise musk.’

Pursuing this notion further, it follows that not all tasters are equal. Indeed, we’re often told that there is an elite group among us who are classified as ‘super-tasters’. Sounds great, but what does it actually mean? Do super-tasters possess a higher than usual number or sensitivity of taste receptors?

So, while you may or may not be naturally predisposed to be a ‘super-taster’, one thing’s for sure: you’re only going to get better with practice.