On the rocks: drinking whisky with ice

What happens when you drop a cube or two of ice into your glass of Scotch whisky? How will it change the taste? How will the flavours develop and evolve as the ice melts? Ian Wisniewski goes in search of some cold, hard facts. 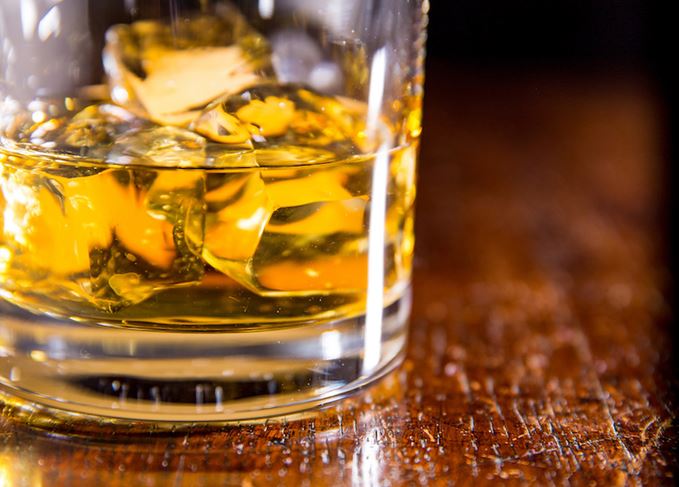 Cold truth: The addition of ice can change a whisky's flavour profile in many different ways

Choice is a wonderful thing. Deciding what you want to drink can be instant, as some people know exactly which Scotch whisky they want on any particular occasion. Others – even after an elegant sip, or a more dramatic mouthful – find reaching a decision can be more time-consuming.

Similarly, some people spend time pondering the best way to serve their whisky, while others don’t need to deliberate: it has to be neat. Others again are equally adamant about adding water. That’s fine. There aren’t any rules, only options. But how about adding ice?

Drinking Scotch on the rocks may seem an easy way of turning it into a refreshing drink. Ice certainly makes it colder, but there are additional factors to consider. Chilling alters the flavour profile. And, as the ice melts, there is the additional effect of dilution, which changes the way it tastes still further.

Let’s start by looking at ice itself, as various factors influence how it affects a Scotch whisky. An obvious starting point is the quantity of ice used.

‘Packing a glass with ice cubes will chill the whisky more rapidly and, the more ice there is, the more each ice cube helps to keep all the other ice cubes cold, which means the ice stays colder for longer, and takes longer to start melting,’ explains Julian de Feral, drinks director of the Gorgeous Group, a hospitality consultancy.

But it’s not just about quantity. An ice bucket can yield cubes of various shapes and sizes, and the dimensions are also influential. The larger the ice cube, the greater its impact on the temperature of the whisky, and the longer it takes to start melting.

If you consider minutiae to be significant (which they are), there are numerous other details to consider. The rate at which ice melts is also influenced by how cold it was to begin with, which can vary and reflects how it was stored; there are various types of ice bucket, which can provide a slightly different environment. Another practical factor is that the same amount of ice will have a much greater impact on a single measure of Scotch whisky than on a double.

Clearly, there’s a lot happening in the whisky – and there’s also plenty of action on the palate.

‘The initial impact of a chilled Scotch whisky on the palate is a sense of refreshment, with the impact of the flavours not as great as it would be at the ambient temperature, as chilling dials down some of the flavours,’ explains Tucker.

‘However, the chilled liquid picks up temperature from the mouth very quickly, the temperature of the palate being 37C, which is body temperature. As the whisky warms up, this brings out more flavour across the entire mouth.

‘The smaller the sip of whisky, and the longer it remains on the palate, the greater this warming effect, and the more the flavour evolves, though it’s never going to be equivalent to a sip of whisky served at the ambient temperature.’

Once the ice begins to melt, there is the additional effect of dilution. The rate of this dilution depends on the quantity and dimensions of the ice, while the overall degree of dilution naturally depends on how quickly, or slowly, the Scotch is consumed. This means the question of dilution may be significant, marginal, or even irrelevant, based on the ice – and how thirsty you are.

Dilution also affects the texture. A key characteristic of a whisky, this varies enormously (at the ambient temperature) from delicate and elegant, to richer and even creamy, with dilution making the texture progressively lighter.

So, if ice can have such a significant effect on a glass of Scotch whisky, how can you get the most out of the experience ?

‘If the chilling is not too intense, there’s the potential to experience a broad spectrum of flavours that evolve as the whisky chills, dilutes and then gradually becomes less cold, enabling the flavours to open up again,’ says Johan Svensson, managing director of Drinksfusion, a hospitality consultancy.

The exact influence of chilling and dilution will obviously vary from one Scotch whisky to another, and the only way to pinpoint this is to conduct your own tastings to discover the differences: with ice and without.

And, if you eventually decide that ice is not for you, then at least you know why.