The long road to transparency

A few cynics suggest it’s all a giant publicity stunt, but to Compass Box founder John Glaser, the drive for greater transparency in Scotch whisky is a common-sense measure that will benefit an entire industry. Richard Woodard reports. 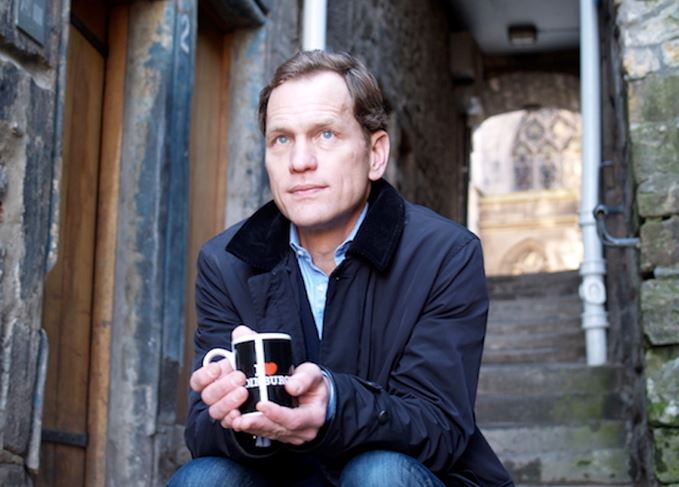 It’s a rare hot day in London, John Glaser recalls, not long after his arrival in the UK from the US. He’s sitting in the open-plan offices of one of Scotch whisky’s larger operators and, although the hour is still early, everyone – but everyone – is complaining about the stifling temperature.

So Glaser gets up, walks across the room and opens a window. Some people applaud. It’s a telling introduction to a country and some of its rather more bewildering character traits.

If you’ve been following the Scotch whisky transparency debate, you can probably see where this analogy is going. If the ‘heat’ is the (in Glaser’s view) currently restrictive legislation on the labelling and marketing of Scotch whisky, the ‘opening a window’ is the launch of Compass Box’s Scotch Whisky Transparency campaign last week.

‘I just think somebody needs to take a stand here, to say: “This is wrong”,’ Glaser tells me. ‘Somebody’s got to do it.’

It’s logical enough that that ‘somebody’ should be Compass Box, the fiercely independent company Glaser founded in 2000 after moving from wine to whisky, including a stint as marketing director of Johnnie Walker.

Not just because of Compass Box’s ‘previous’ in challenging the status quo, but because the company’s openness about the constituent elements in two of its bottlings last autumn started the whole saga.

An unnamed member of the Scotch Whisky Association (SWA) complained, the SWA advised Compass Box that it risked breaking the law (in identifying more than just the youngest component in its whiskies) – and a Scotchwhisky.com exclusive did the rest.

Since then, this site has penned an open letter to the industry on the issue, prompting responses from the SWA and from a number of producers, but Compass Box and Glaser have remained quiet. Until last week, that is. What took so long?

‘We wanted to make sure that we did this in a way that’s seen to be helpful and constructive, and that we aren’t seen to be trying to use this for publicity, but rather using this to do the right thing by the industry,’ explains Glaser.

Ah yes, publicity. While many Scotch enthusiasts have voiced support for transparency, a few have suggested that the whole thing – beginning with the ‘deliberate’ provocation of that SWA member – has been one giant publicity stunt.

‘They’re entitled to their opinions,’ says Glaser bluntly. ‘It will be five years or more before we see the fruits of this. When you get into Scotch whisky, you get into it for the long term. The real work here is not for us; it will be for the lobbyists to the government.’

Where it all began: The two Compass Box bottlings at the heart of the transparency debate

So far – and, when we speak, the transparency campaign is barely 30 hours old – so good. Nearly 3,000 people signing up online at a rate of one every 30 seconds or so is a decent start.

‘It’s clear that the engaged whisky community is fully supportive of this, and by that we mean consumers and trade,’ says Glaser. ‘And we can back that up with several thousand data points.’

But it will take more than the enthusiasm of the whisky cognoscenti to win this battle. What about the industry itself? Bruichladdich – like Compass Box, not a member of the SWA – is in, but what about everyone else?

‘We have had several companies that we’ve talked to informally, off the record, tell us that they support this, that they think it’s a good idea and change needs to be made,’ reports Glaser.

‘There are people at high levels at some of the big companies who have told me that they support this, they think it’s a good idea. Are they speaking on behalf of their organisations? Possibly.’

This depth of support, he acknowledges, is a must if the transparency campaign is to have longevity, let alone a successful outcome. ‘It will take some or all of the big companies – Diageo, Pernod, William Grant and so forth – to want to make this happen. I am optimistic and I have a confidence that people will.’

How quickly? Let’s look forward three months, suggests Glaser. ‘Can you imagine all of those companies saying either nothing or “we don’t support change”? That would be a conspiracy because I believe this is a common-sense change that’s being put forward.’

While we wait for one of the big companies to break cover, there is the question of the stance of Dewar’s owner Bacardi, which took a minority stake in Compass Box last year, entitling it to a presence on the company’s board of directors.

Glaser is reluctant to go into details, but Scotchwhisky.com understands that Bacardi has been supportive of Compass Box’s actions to date – although it is yet to give its own corporate view on the matter.

The other necessity for the success of the Compass Box campaign is the assistance of the SWA, which Glaser acknowledges will be the ‘chief driver of this change in terms of doing its job, lobbying government’.

The two organisations will hold talks next month, after which Glaser hopes there will be ‘more clarity’ on the likely timescale for change. But would it help if Compass Box became an SWA member?

So would he ever join the SWA? ‘Not because of this… I do have a great deal of respect for much of what the SWA does. We’ve had our differences over the years, our differences in our approaches to Scotch whisky. I will never say never.’

Anyway, Glaser is wary of transparency being viewed as a ‘mavericks versus the establishment’ issue, preferring to characterise it as a sensible measure that will benefit the entire industry.

‘This is not to allow the Bruichladdichs and Compass Boxes to talk about the components in their vattings,’ he argues. ‘It’s more about doing the right thing for Scotch whisky and allowing it to maintain its competitiveness in the world of spirits.

‘Whiskies from Japan, America, even Taiwan are breathing down the neck of Scotch whisky – or will be very soon – in the eyes of consumers. That reputation for being the benchmark – it’s not a given.

‘If you think long-term, over a 10- or 20-year period, I would want my little boys to say Scotch whisky is still the best whisky in the world. The way things are going, they might be saying the best whiskies in the world are Japanese.’