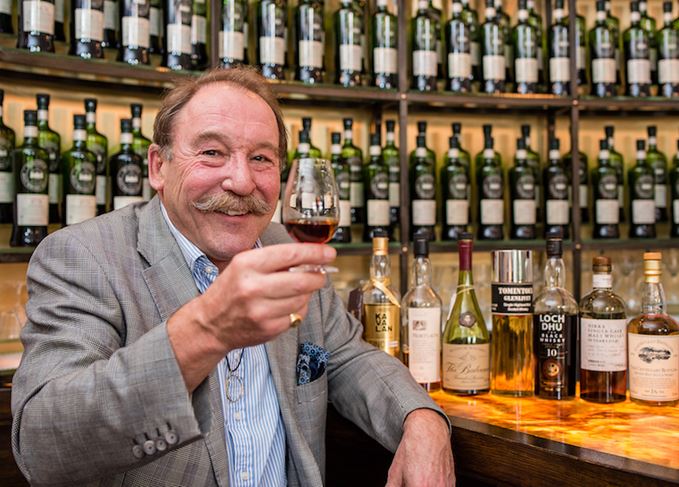 Raising a glass: MacLean has sourced the new whiskies from auction and his own personal collection

The whisky writer sourced the bottles – all of which have been discontinued – both from auction and from his own personal collection, for the SMWS’ recently refurbished Kaleidoscope bar at 28 Queen Street.

It is the first time that the SMWS, which bottles single cask single malts for its members, has sold non-Society whiskies at its bar.

‘The Scotch Malt Whisky Society looks at whisky through the lens of flavour, and my idea for this guest selection is to encourage everyone to explore how whisky flavours have evolved over the past decades,’ said MacLean.

‘All of these expressions are discontinued, so there are very few places in the world you can taste them.’