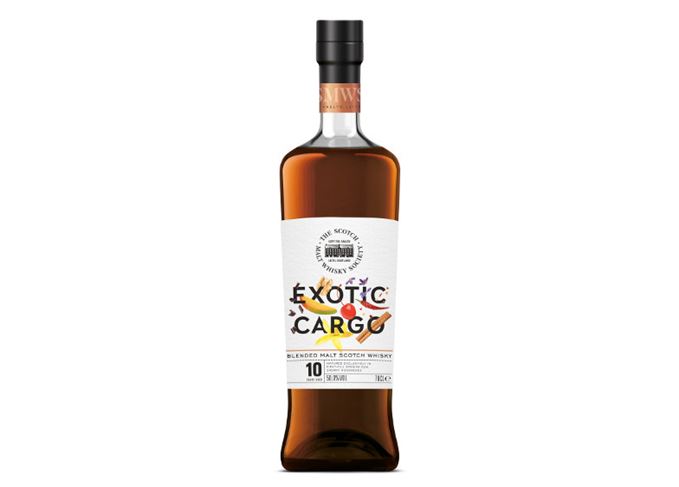 Exotic Cargo was sourced from a variety of pre-blended malt whiskies, all distilled on the same day in 2006 and matured in first-fill Sherry casks.

A variety of strengths were trialled, before a SMWS tasting panel selected a blend at 50% abv.

Kai Ivalo, spirits director at SMWS said: ‘The Society has always had an unconventional streak and we’re really breaking the mould of what can be done with a blended malt.

‘We’re looking to our members for feedback on the bottle before releasing further intriguing creations.’

The SMWS is continuing to expand beyond its traditional roots in single cask single malts, following July's release of a new range of single cask spirits including Bourbon, rum, gin and Cognac.

The range extension follows a redesign of its bottlings, which were updated in February to champion age and flavour cues.

Later this year, a range of rye and grain whiskies will also be added to the range.

With a release of 1,937 bottles – priced at £45 – Exotic Cargo will be available in the UK and Europe from 1 September, and later in the US, Canada and Australia.

As with all Society single malts, Exotic Cargo is neither chill-filtered nor coloured.