Daftmill Inaugural Release to be balloted

The first bottles of Daftmill distillery’s inaugural single malt are to be sold via a ballot, with bottles allocated to lucky individuals at random. 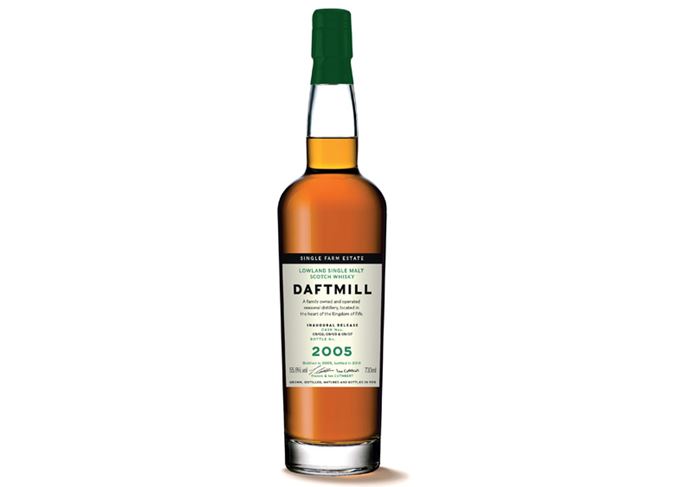 First fill: Daftmill’s Inaugural Release contains some of the first whisky distilled at the Lowland site

Scotch fans looking to buy one of only 250 bottles of Daftmill Inaugural Release, distilled in 2005, the distillery’s first year of operation, will need to register interest on distributor Berry Bros. & Rudd's website.

The ballot closes at 5pm on Thursday 10 May, after which 250 individuals will be selected at random and given the opportunity to purchase a 70cl bottle of Inaugural Release for £210.

A further 250 bottles will be released to specialist UK retailers in early June, ahead of the launch of Daftmill Summer Release on 22 June (which will retail for £95) and the Daftmill Winter Release coming later this year.

Francis Cuthbert, co-founder of Daftmill distillery, said: ‘Our unhurried methods of distillation have meant we can only produce around 100 casks of whisky a year.

‘The launch of the Inaugural Release will also be the first chance customers have to see the new label and packaging. We hope the clean, simple and honest design reflects our approach to production.’

It has been matured in first-fill ex-Bourbon barrels from Heaven Hill distillery and bottled at a cask strength of 55.8% abv.

Daftmill began distilling in 2005, after brothers Francis and Ian Cuthbert were granted permission in 2002 to convert a mill on their farm into a working distillery.

Alongside the winter and summer bottlings, the Cuthberts have also spoken of plans to release four annual single cask bottlings each year.