Isle of Raasay distillery has launched 30-litre casks of its Raasay single malt for purchase, in a bid to make its first expression ‘more accessible’ to whisky enthusiasts. 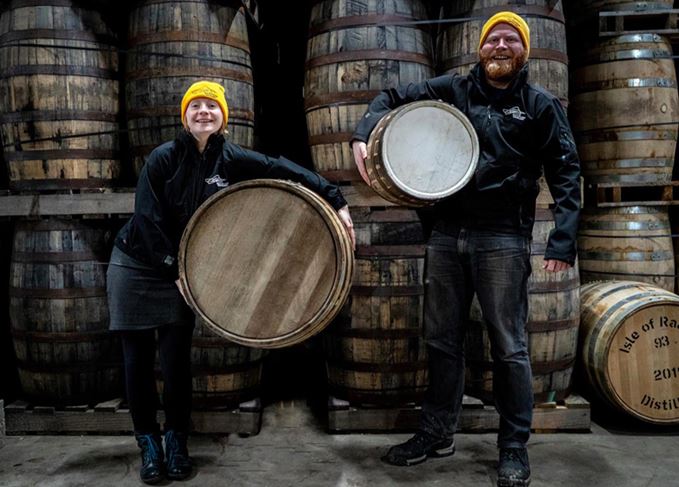 Scaled down: Raasay hopes its small casks will be attractive as a gift for a ‘loved one or special event’

Made from ex-Speyside Scotch whisky oak casks, the smaller casks will sit in maturation alongside the distillery’s regular 190-litre first-fill ex-American whiskey casks on Raasay before being bottled after three years.

‘Depending on the angels’ share, after three years we expect to get around 40 bottles from the 30-litre casks, each offering a distinctly different character of Raasay whisky to our other bottlings.’

Each cask is priced at £999, with further excise tax and VAT charges to be paid after bottling, and has been filled with unpeated spirit at 63.4% abv, which the distillery says will ‘age into some of the first ever Raasay single malt’.

The island distillery began production in September 2017 and predicts that it will launch its ‘lightly peated and fruity’ first single malt in 2020.