Cumbrian whisky producer the Lakes distillery has released the One Port Cask Finished blended whisky, the third in its range of blends containing whisky from both England and Scotland. 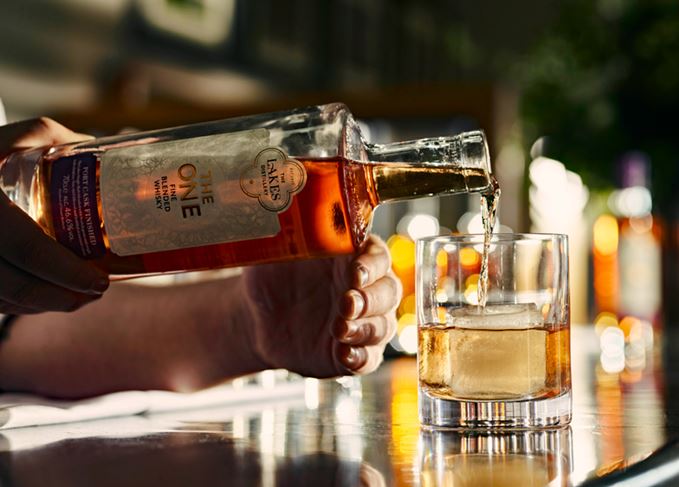 Blended together: The One series contains whiskies from both England and Scotland

The no-age-statement blend contains malt whisky from the Lakes distillery, in addition to malt and grain Scotch whiskies from Speyside and Islay, which have been married for one year in ex-tawny Port hogsheads from Portugal.

The Lakes whiskymaker Dhavall Gandhi said: ‘We know each of our whisky casks intimately… how they can complement, enhance, deepen, or contrast.

‘This is how we are able to handpick whiskies that best compliment the complexities and flavour of the Lakes single malt when married together in a port cask.’

Said to be ‘full-bodied and smoky’ on the nose with ‘hints of stone fruits, nutmeg and black pepper’ on the palate, the whisky has been bottled at 46.6%abv.

Only 4,000 bottles of the One Port Cask Finished blend have been bottled, priced at £48 and available on the Lakes distillery’s website, although a second batch of Port-finished whiskies will be produced next year.

A fourth release in The One blended whisky range will also be unveiled in October, along with the re-launch of the Lakes’ flagship One Signature Blend.

The Lakes also released the ‘world’s first’ Anglo-Scotch hybrid whisky last year, with the launch of its Steel Bonnets expression.