Single malt Aberlour is offering whisky and music fans the chance to cut their own vinyl memento using one of the world’s oldest forms of recording equipment. 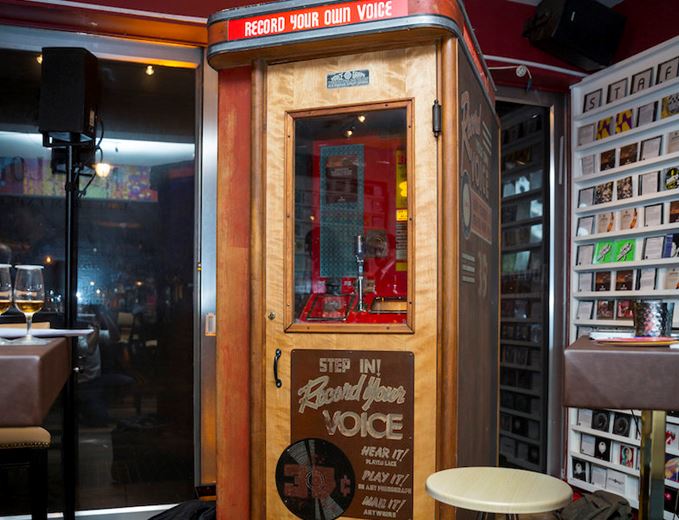 Step inside: the 1940s recording booth is believed to be one of only two in existence

The Aberlour Voice-o-Graph, built in the 1940s and believed to be one of only two in the world, is a vintage booth that cuts a three-minute recording directly onto six-inch vinyl discs.

Aberlour has joined forces with independent record store Phonica Records in Soho, London, offering people the chance to use the booth free of charge over the next 10 days – as well as giving them the opportunity to try a sample of Aberlour 12-Year-Old Double Cask Matured single malt.

The Voice-o-Graph tour, which began in New York during the summer, moves on to Canada and France after London, before its final stop at the Aberlour distillery on Speyside.

The project is part of Aberlour’s Made from Experience marketing platform, which last year saw Ted Dwane, photographer and Mumford & Sons bassist, produce an exhibition of photographic portraits of people he met while touring.

The Aberlour Voice-o-Graph will be available free of charge until Monday, 2 November at Phonica Records, 51 Poland Street, London W1F 7LZ, from 11.30am to 7pm Monday to Saturday, and from 12.30-5.30pm on Sundays, while daily vinyl stocks last. 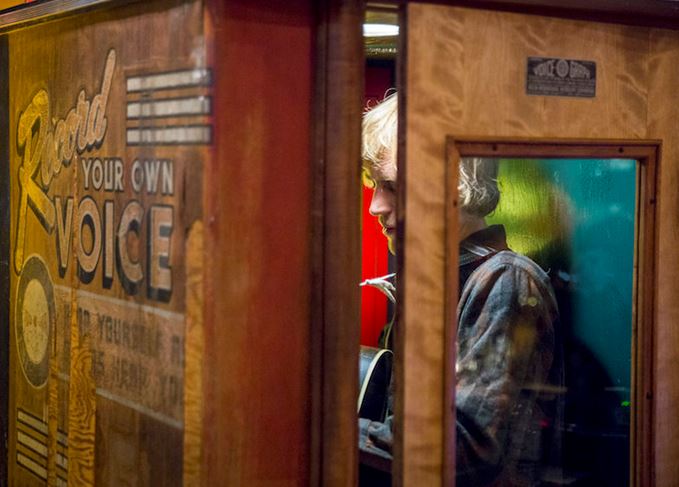 Cutting a disc: the Voice-o-Graph in action