Scottish international rugby scrum-half Chris Cusiter has announced his immediate retirement from the sport – to set up a Scotch whisky-focused retail business in the US. 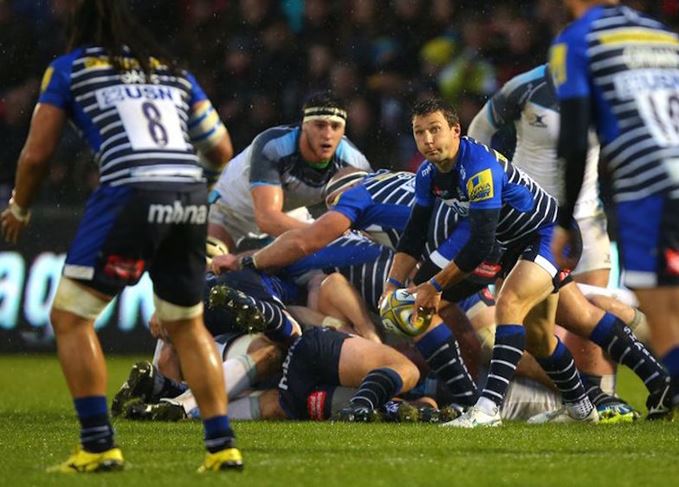 Heading west: Cusiter will move to California to start his whisky-focused business

Cusiter, 33, who won 70 caps for his country and toured New Zealand with the British & Irish Lions in 2005, has long been fascinated by Scotch, tweeting regularly about his whisky experiences.

He announced his retirement on the Red Sky Management website. Cusiter is currently playing for Sale Sharks, which he joined from Glasgow Warriors last season. Other clubs during his playing career included Boroughmuir and top French side Perpignan.

‘Now is the time for me to move forward, to something I have been working on alongside my rugby career,’ Cusiter said.

‘I've been fascinated by the Scotch whisky industry for the past few years and firmly believe that it is Scotland's finest and greatest export, and something to be very proud of.

‘I am excited to be involved with a product that I am so passionate about. We will be building an alcohol retail business based in Los Angeles – specialising in craft beer, fine wine and craft spirits, with a big focus on Scotch whisky.’

Cusiter said of his 14-year playing career: ‘As far as my rugby career goes, I considered myself privileged to receive a Scotland “A” cap in 2002. If it had ended there at that point, then I would have been happy.

‘I could never have imagined all the experiences I would be able to have over the next 14 years through rugby – the places I visited, the stadiums I played in, the people I met and the great friends I made.

‘Playing for Scotland 70 times was more than I could have dreamed of growing up learning how to play rugby at Robert Gordon's College in Aberdeen.’