GlenWyvis distillery is encouraging investors to help it reach its £1.5 million crowdfunding target by Friday 24 June, with the chance to have their names engraved on the ‘path to the stills’. 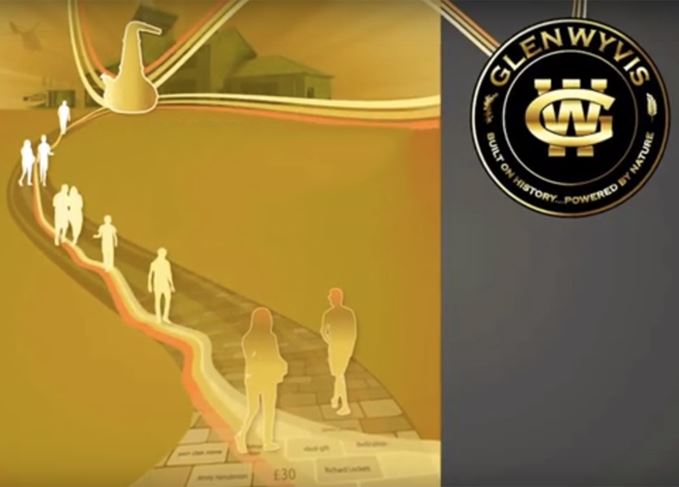 Located in Dingwall just north of Inverness, GlenWyvis is on track to become the first community-owned Scotch distillery.

Founded by John McKenzie in association with Community Shares Scotland (CSS), the campaign has just three days left to reach its fundraising target, which currently stands at over £1.3m.

Scotch whisky enthusiasts can have their names engraved on the ‘path to the stills’ for just £30, and will also receive a free T-shirt and distillery tour.

Other investment options include the opportunity to be named on the distillery flag, which will be flown outside the entrance throughout the year, for £10.

McKenzie said: ‘This is an incredibly exciting project and we want everyone to get behind it, whether they’re locals or from further afield.

‘We have already received investment from more than 1,100 people from 24 countries including Canada, America, the UK, France and Germany.

‘We want to put Dingwall back on the whisky map and make it the craft distilling town for Scotland.’

The new site, which has already received planning permission, will initially create three full-time jobs with the potential of 10 full-time roles once the distillery and visitors' centre are fully operational.

McKenzie added the distillery could attract approximately 30,000 tourists to the town each year.

GlenWyvis has been inspired by the famous Ferintosh distillery, beloved by Robert Burns but which closed in 1785, as well as the original Ben Wyvis in Dingwall and Glenskiach in Evanton, both of which fell silent in 1926.

Building is scheduled to start in July and the first spirit is forecast for January 2017.

The crowdfunding scheme ends at midnight on Friday, further details of which can be found at www.crowdfunding.co.uk/glenwyvisdistillery.