Am I adding the wrong water to my whisky?

Just as The Whisky Virgin wraps his head around the debate of adding water to a dram of Scotch, he discovers a whole new dispute bubbling just below the surface: whether some types of water are of inferior quality, and can even spoil a whisky’s flavour. 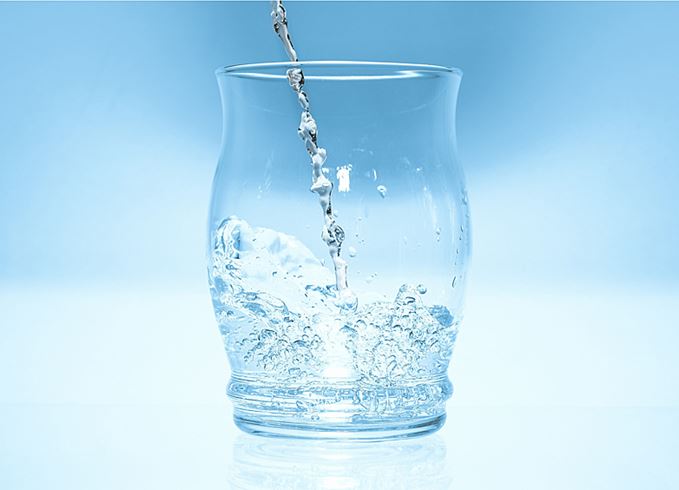 Murky waters: Do certain types of water have a negative affect on a whisky’s taste?

When I first started out on my voyage of whisky discovery I wasn’t sure what the deal was with adding water to a dram. I worried that by adding a few drops to turn down the heat I’d out myself as a total newbie. But it seems that after years of Scotch-fuelled debate and some scientific studies, this is a closed case.

The verdict: it’s fine to drop a little water in your whisky if you feel like it. Turns out reaching for the water jug is just a way to fine-tune your whisky to suit your palate. I even hear tell that doing this can bring different flavours out of a whisky. Sounded good to me. But then I came across a question that changed everything.

What kind of water should you add to whisky?

Uh, the regular kind? Two parts hydrogen, one part oxygen? Comes out of the tap… from the ground? Is there really a wrong sort of water? Goddammit whisky! Every time I feel like I’ve understood something about you, you go and get more complicated.

Naturally sourced: Some whisky fans will only add mineral spring water to their Scotch

So apparently, debate rages about the best water for optimum whisky slugging. Some veteran drinkers go so far as to say the chemicals and impurities in tap water will muss up the flavours in a Scotch, even if you only add a few drops. Such purists seem to think that we should be buying de-ionised or distilled water to up our dilution game. Others reckon the best is natural spring water, bottled straight from the source in Scotland, if you can get it. I’m not totally sure what de-ionised water is or what sort of environment-hating, millionaire super-villain you’d have to be to get special water shipped to you from whisky country, but my interest was piqued.

It makes sense to me that regular water can carry flavours and smells that might get in the way of serious whisky sniffing. I live in London, and while the tap water here is totally chill to drink, it also has a certain dog-in-a-swimming-pool thing going on. I’d never thought about it before, but it seemed totally possible that cutting my drams with a drop of the Thames could compromise their integrity. Had I really been ruining precious whisky with inferior H2O?

Some specialist water dealers out there seem to say so.

I just learned about a company called Uisge Source (which sounds Scottish AF) that bottles water captured from the wild, up in Scotland’s different whisky-producing regions. The idea, I guess, is to have Speyside water with Speyside whisky and so-on. Now I can tell you, having been there recently, that Islay water has its own particular honk, but do I really need to pay someone to ship it all the way from the literal Hebrides to accentuate my Islay whisky? Is that a homeopathy thing?

Another aspiring player in the whisky water game called Larkfire just dropped, a rival Scotch water in little minibar-sized cans. Their website also says I’m killing whisky with chlorine if I put tap water in it. Huge if true.

Wild liquid: Larkfire sources its water from the Isle of Lewis in the Outer Hebrides

I wanted to test this theory but both of these authentically Scottish waters work out about £40-45 a litre. Which isn’t far shy of some of my go-to brands of Scotch. Getting whisky-wise is already expensive enough for a cash-strapped millennial like myself, what with all the necessary investment in booze and special glasses, and my planned sleeve tattoo of Jim ‘The Sniffer’ Murray. Now I’m supposed to drop dollar on special water?

I still want to find out if water changes the flavour of whisky, but I reckon it can be done on a budget.

The corner shop by my gaff sells a couple of brands of water with thistles and stuff on them that claim to be something to do with the Highlands, so I grabbed one of these for on-brand testing. I couldn’t find any distilled water but one of my seven housemates is from the north and says you can’t make a proper cup of tea with southern tap water, so I was able to cop a glass of filtered from her Brita. Two types of water secured, I set up at the kitchen table with a bottle of Scotch and a control sample from the tap to do some mother-flipping science.

I want to say yes, I really do. I want to make out that I have such a rad sense of taste that I can sniff out a couple parts per millilitre of chlorine in a dram, like a princess feels a pea under her mattress – but I just don’t think I do.

If you do, congrats. Have fun buying special water.

Don’t get me wrong, I get that water can change place-to-place. But whisky is big, bold stuff and after my highly scientific drinking session I’ve decided it’s probably pretty hard for a few drops of water to hurt it. It was also pointed out to me while I was looking into this business that most whisky has water added to it before it’s bottled anyway, and there’s no guarantee that that stuff came from an ancient waterfall in Glen MacKilty either. I reckon if I’m planning some serious, straight-faced, no-laughing-matter whisky tasting I’ll think about getting some filtered water in, because I reckon it was the most neutral. But some common bottled would also probably be fine. Even if it doesn’t contain magic Scottish minerals, or whatever.

The stuff that costs £1 a can? Nah, pal. I may be a whisky virgin, but I’m not whisky daft.