Many whisky drinkers have long maintained that whisky tastes better with the addition of a little water – and now there is a scientific basis for their belief. 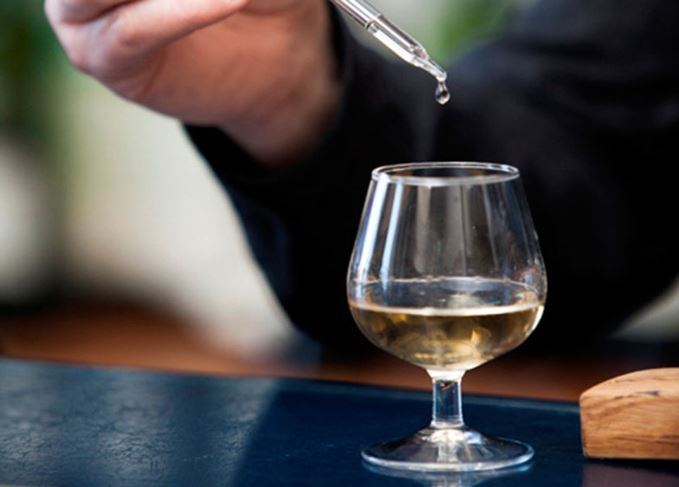 Water with it: The study backs the belief that water helps ‘open up’ whisky

The investigations of Björn Karlsson and Ran Friedman, researchers in chemistry at Linnaeus University in southern Sweden, claim to have discovered a chemical reason for water enhancing the taste of whisky in the glass.

The key is the presence of guaiacol, a substance that develops during the production process of whisky, and a major contributor to both the smell and the taste of the spirit.

‘The taste of whisky is primarily linked to so-called amphipathic molecules, which are made up of hydrophobic and hydrophilic parts,’ explained Karlsson. ‘One such molecule is guaiacol.’

Computer simulations of water/ethanol mixtures in the presence of guaiacol discovered that, in mixtures with an ethanol concentration of up to 45%, guaiacol was more likely to be present at the liquid-air interface.

‘This suggests that, in a glass of whisky, guaiacol will therefore be found near the surface of the liquid, where it contributes to both the smell and taste of the spirit,’ said Friedman.

‘Interestingly, an increased dilution down to 27% resulted in an increase of guaiacol at the liquid-air interface. An increased percentage – over 59% – had the opposite effect; that is to say, the ethanol interacted more strongly with the guaiacol, driving the molecule into the solution, away from the surface.’

This supports the standard practice among blenders in the Scotch whisky industry of reducing samples to 20% abv when nosing and blending; on the other hand, it could be bad news for those who enjoy drinking their cask-strength whiskies neat.

However, the researchers are wary of suggesting an ‘optimal’ level of dilution to provide maximum flavour impact.

‘How we experience taste and aroma is highly individual,’ said Karlsson. ‘Some people choose to add ice cubes to their whisky, to cool it down and give it a milder taste.

‘Thus, there is no general answer to how much water you should add to your whisky to get the best taste experience.’

Dilution of whisky – the molecular perspective is published online by Scientific Reports.