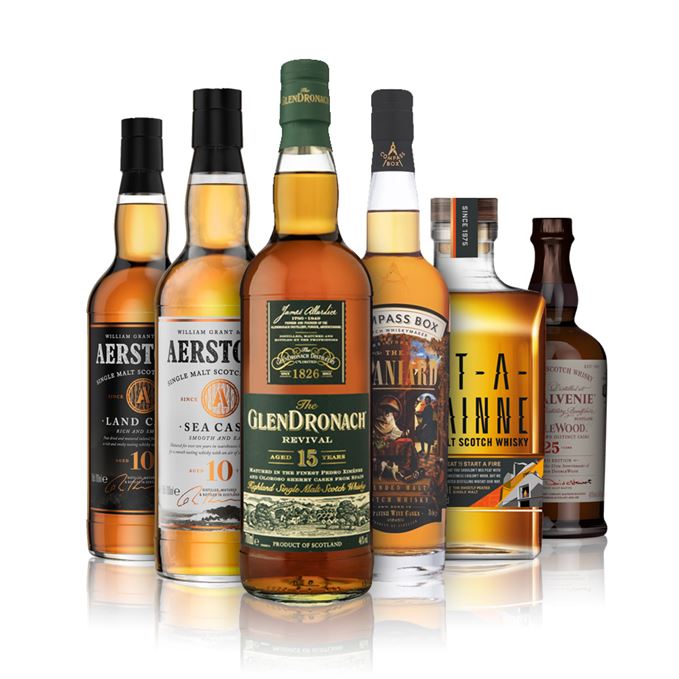 She kicks off with the two ‘demystifying’ Aerstone malts, the new William Grant & Sons-owned brand aimed at newcomers to Scotch. Despite reservations over the naming of the expressions, she finds the smoky Land Cask to be ‘surprisingly big’ and offering good value for money. Sea Cask meanwhile is a sweeter, more accessible expression – remarkable considering both are produced at Ailsa Bay distillery.

The third beginner’s dram is a no-age-statement from Allt-a-Bhainne, which despite promises of being lightly peated, fails to light a fire for Paskin.

An anniversary malt from Balvenie, a 25-year-old created by malt master David Stewart to mark 25 years of the Speyside distillery’s DoubleWood expression, is an ‘accomplished’ whisky, and a testament to Stewart’s mastery of double maturation.

The return next of a GlenDronach favourite – the revival of Revival, the distillery’s 15-year-old Sherried malt, which despite having a new recipe, remains a hit with Paskin.

Finally, The Story of the Spaniard, the latest blended malt from Compass Box and its first permanent release for five years, is a warming, complex whisky with notes of chocolate and orange rind.

Each whisky this week is accompanied by a special Spotify playlist courtesy of the Bay City Rollers, Phil Collins and Meatloaf. Click the links in Right Time, Right Place.

Batch 168 01/10/2018 Age and time is the theme this week, with Ghost and Rare, Linkwood and a quartet of old Longmorns.
View All
Scroll To Top