Modern blended Scotch designed to appeal to a new demographic of whisky drinkers.

Billed as ‘the perfect balance of provenance and progression’, Pure Scot was launched by the new owner of Bladnoch distillery in Galloway to encourage a younger demographic to enjoy Scotch as a social drink, as well as fund the crumbling distillery’s restoration.

The light, fresh and sweet blended Scotch combines grain whiskies and unpeated malts from Speyside, the Highlands and Islands, plus some single malt from Bladnoch itself. 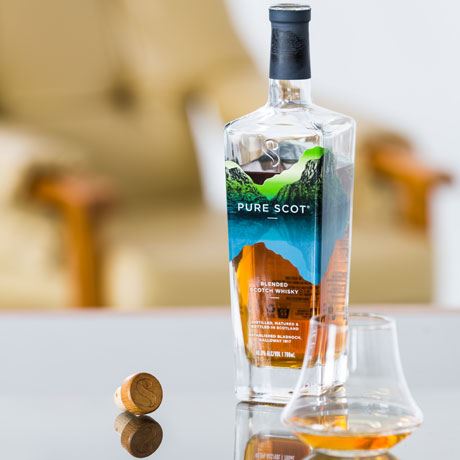 In July 2015 Australian yoghurt and cereal entrepreneur David Prior acquired Galloway’s Bladnoch distillery, which had lain silent for six years. Prior intended to make a substantial investment in restoring the distillery, with a view to opening it again in 2017.

In the meantime, he needed a source of revenue to fund the restoration. In late 2015 he launched Pure Scot, a blended Scotch ‘for the modern whisky consumer’ in Australia. To create the product Prior hired former Burn Stewart master blender Ian Macmillan in October 2015.

Over the following year, Pure Scot was rolled out to global markets including the UK and US.