A now dormant blended Scotch owned by Morrison Bowmore that has its roots in the 1930s.

Clanroy has its roots in the 1930s, and has over the years formed a major part of various distillers and blenders portfolios. Known as an ‘easy drinker’ with a very soft smoky palate, the blend may well have contained whiskies from Bladnoch and Bowmore distilleries at one time or another, such was the company it kept as part of T&A McClelland and Morrison Bowmore’s portfolios.

The Clanroy blend has always been registered to T&A McClelland, the distiller and blender behind Bladnoch distillery that can trace its roots back to 1818.

The company, and distillery, were sold to Dunville & Co. in 1911, which began to grow a stable of blended whisky brands under the McClelland name.

In 1931 a UK trademark for the Clanroy blend was registered, with a separate trademark for the US filed two years later as Prohibition drew to a close. McClellands planned to grow Clanroy into a global brand, and it leaped onto the American’s seemingly insatiable thirst for Scotch whisky.

In 1970 the company was acquired by Stanley P. Morrison Ltd, a firm with its roots in whisky broking that morphed into Morrison Bowmore Distillers Ltd upon its acquisition of Bowmore distillery in 1963.

Clanroy continued to have a global presence until the 1990s, when Japanese distiller Suntory took over Morrison Bowmore. The brand is now dormant, although its trademark is still registered in the UK. 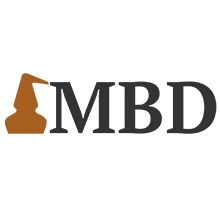