One of many distilleries in and around Moulin and Pitlochry in the early to mid-19th century.

The distillery site was downhill from Edradour, one of today's most famous distilleries, but on a different burn that also flowed down to the Tay. Distilling may have taken place in one of Balnacree's outbuildings or at a separate building nearby. 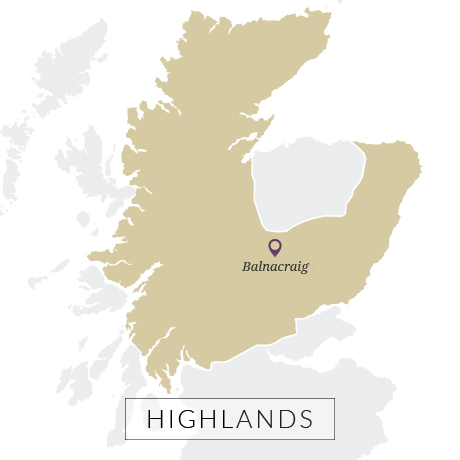 Balnacraig distillery opened in 1825 under the watch of Peter Duff, who ran it for a solid four years before Donald Campbell took over the licence in 1829.

The site was mothballed in 1834, but was reopened several years later by James Cameron and Co.

In 1860 Balnacraig was picked up by Peter Dougall and Co., but it was eventually closed seven years later. The house at Balnacree still stands today.